A Look at Today’s Political/Social Issues

“The poorest Americans today live a better life
than all but the richest persons a hundred years ago.”
James Q. Wilson, an American academic, political scientist, and an authority on public administration.

In today’s “fairness” political arena, there is a language that has developed. It is a PC language – politically correct. It is a despicable thing, because it limits FREEDOM in the name of “tolerance!” There is a horrible irony in the politically correct language that is supposed to reflect tolerance, it instead is bullying incarnate! It rewards agreement and punishes disagreement! It is defined by whatever position of power exists – and changes with the wind of political change. The sobering thing is that it’s a relatively new development in America. It’s virtually impossible to speak these days without “offending” someone about something, so our response is to remove the object of offense from our language whether it is Christmas, abstinence, or Islam.

We’ve been made afraid. We’ve been made afraid to speak up, to speak our mind on any number of issues we face today, if our opinion differs from those in positions of power. If we do not speak our mind, the argument SEEMS to be solved, but it really just simmers below the surface until the threat is lifted. The abortion argument is a perfect case in point. It never really went away like it was supposed to, it just went “underground” for a time.

Fear, my friends, is VERY telling!

We’re supposed to avoid talk of religion and politics, right? Why? Usually, the answer revolves around ruffling someone else’s feathers, upsetting the balance, the quiet, the calm. Right? Religion (or our personal belief system) and politics are our most personal thoughts, feelings, and ideals. We might even call them intimate.

In between the liberal position on the LEFT which is allegedly “fairness,” and their accusation of “hate-mongering” directed at certain people-groups, there is a wide expanse of options.

The REAL issue isn’t “fairness” or “equality,”
but the issue is unanimity, conformity, the making of clones!

We are told Religion is fine, but only within certain perimeters.

Fifty years ago, all children were given the tools necessary to mature into responsible, productive citizens. Children with hearing or vision impairment were put into “special” schools where they were given tools to enable them to co-exist in society. Blind children were taught Braille and perhaps the use of a cane or aid-dog. Deaf children were taught sign language and often, lip-reading. Children with other different learning disabilities or mental illness were also given skills to help them be self-sufficient. That was the goal: self-sufficiency. This was the goal for ALL schools and students, to become responsible, productive citizens. 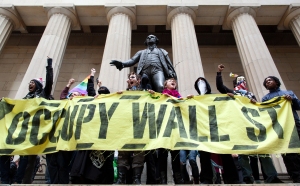 What are the goals today? We have children even graduating from the most prestigious universities with no literacy in world or American history, with sketchy reading skills, and most importantly, with little or no ability to THINK for themselves. Percent of high school graduates who can’t read in 2012 is 19%!!! But they are encouraged to participate in the “Occupy” movement! They are taught a “state ideology” (generally, Secular Humanism, which translates politically into Socialism) from Preschool through any ivy league school you choose while simultaneously, they are taught that “independent thought” is bad. But the goal is … exactly what? When 44% of college freshman don’t make it to graduation, what does that say? With a population gravitating toward government handouts instead of jobs and the benefits inherent in work, with schools that look more like high security prisons, and with a culture that is learning to FEAR freedom, what is the goal of education, of government “social justice” programs, of unanimity?

To encourage able-bodied Americans to become unwittingly enslaved to a system that encourages deeper dependence on government programs rather than encouraging independence is outrageous! THIS is a “unanimity” problem. If I can’t afford what my neighbors have, it’s “not fair! This becomes a moral problem AND a fiscal problem.

Unanimity (conformity) is NOT liberty!

CONCLUSION: Though we’re not crazy, we can, as wise humans, recognize the benefits of hardship, if we trust God. We know that God uses everything that happens (there are no accidents) for our benefit but also for the benefit of others around us. We are promised “tribulations!” (Rom 8:28)

We are hard-pressed on every side, yet not crushed; we are perplexed, but not in despair; 9 persecuted, but not forsaken; struck down, but not destroyed— 10 always carrying about in the body the dying of the Lord Jesus, that the life of Jesus also may be manifested in our body.
2 Corinthians 4:8-10 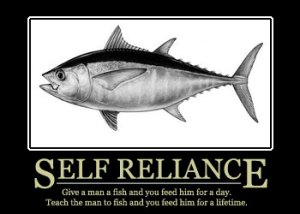 If the CHURCH (the organized institution of all Christian & Catholic congregations) was doing its job correctly, there wouldn’t be the need for any government programs to tend the needs of the poor. Even so, the job of helping those in need falls on We-the-People, the neighbors, the community … NOT the Federal government via need-oriented programs like food stamps, welfare, and medicaid! EVERYONE has something they can contribute, some talent to share, some richness to give no matter how old or young, how rich or poor, how strong or weak. Allowing each person to contribute, allows each one the blessing of giving, as well as receiving. Though it may not always FEEL like it, work and even hardship are beneficial to our human condition!

While political correctness has made huge changes within our society, we can still – that’s WE-the-PEOPLE – can still turn our great ship of state toward a more humane greatness simply with a restoration of a solid moral code that resists PC language. Political correctness comes and goes, but true moral standards stand against the tides of political debate.

“Do you have a BRAIN?
Yes? Then THINK your way out of your mess!”

There is help available, but it’s the responsibility of each individual to grow and become responsible, productive, self-reliant, and contributing Americans!
Further reading:

Americans need to apprehend that the current administration seeks to replace our Constitution with one similar to that of South Africa. His hatred for all things traditionally “American” mixed with his burgeoning hunger for power fuel his audacity to speak and move against the Constitution that has stood firm in the United States of America for more than 235 years. Though the Election 2012 gave him a questionable victory (winning suspiciously by only 500,000 votes,) He speaks and legislates as though he won an unprecedented landslide. He fully intends to impose his will, his agenda, and his doctrine of “fairness” upon all Americans, like it or not.

Our Founders’ saw this possibility coming and wrote safety measures into the Constitution, if … IF the people of America will but take a stand. If the people of America will but use their God-given minds to grasp the TRUTH. “Fairness” is NOT fair! In fact, “fairness” is, by virtue of its definition, UN-fair and subjective, depending on the values of the one or the group establishing “fairness.”

EXAMPLE: This year’s Superbowl game, in my opinion, showed a marked UN-fairness in the Officiating. I’d be willing to bet Ravens fans think it was quite fair. Who decides what is “fair?”

In contrast, the Founders, enriched by diverse backgrounds, religions, and visions, wrote into the US Constitution a political foundation dependent on a moral people upon which to build a strong and healthy nation of free people. Interestingly, as we have strayed from these founding principles, so we have experienced a decline in economic and social health.

“[T]he United States for the longest time had the highest degree of economic freedom in the world. In as short a period of time ago as 2000, we ranked number 3 behind Hong Kong and Singapore. Now in 2012 we fell down to number 18. And as our economic freedom declines so does our prosperity – 7.9 percent unemployment. In the last decade we’ve actually seen for the first time in American history, the disposable income per capita actually declined. It’s the first time over a ten year period. We’re losing our economic freedom and with it our prosperity.” – John Mackey, Co-CEO Whole Foods

The Principles listed here are found on several other websites, but there is always room for one more. These are worth reading and pondering. We must allow this to get into us so we truly grasp the depth of understanding our Founders brought together in our Constitution. No,it isn’t the Bible, it’s isn’t Divinely written, but it is divinely inspired … because these men asked for inspiration and direction.

THE FOUNDERS’ BASIC PRINCIPLES of LIBERTY:

America … an experiment in Self-government! Will it work? Will it be able to correct itself when the power gets our of balance? Time will tell.

I leave you, dear reader, with this speech that has gone viral! Listen carefully to this brave American. He has a lot to say!