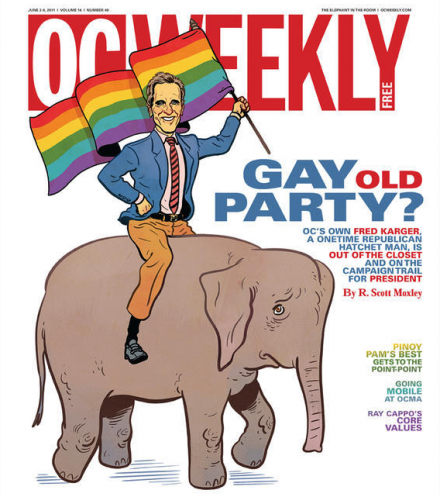 Romney’s “Gay Old Party”
Larry Sabato may have stumbled on the one remaining threat to Mitt Romney’s coronation: Scandal. In an article on NewsMax today, Sabato who is convinced Romney will be the nominee short of some unexpected event is quoted as saying, “You never know when a scandal is going to pop up — certainly in his case not a personal scandal — but you just never know what’s out there.”

While Sabato was not specific about the scandal lurking just under the radar, it may be related to information that Andrew Breitbart was slated to release on March 1. Many speculated that Btreitbart was referring to the tapes vetting president Obama when he tweeted, “Wait till they see what happens March 1st” shortly before his death. The Obama tapes debuted a week later, and there is no clear evidence that the conservative blogger had anything else in mind. However, there is a link between Andrew Breitbart and the emerging “scandal” of the GOP establishment’s active involvement in promoting marriage equality for gay people. 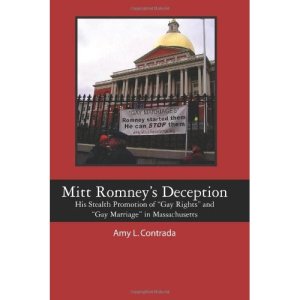 It was a Romney operative and board member of the gay rights group, GOProud who “outed” a gay pollster on the Rick Perry campaign. Breitbart resigned from the GOProud board in protest over the “outing”, making it clear that this practice crosses the line and endangers those exposed. As an active member of GOProud, Breitbart was likely to be well aware of gay rights activists and gay people, both open and closeted within the GOP establishment who are involved in the Romney campaign or who are among his most vocal endorsers. Breitbart’s ethics on this issue would have prevented him from “outing” any of these people who were not openly gay, but he could have done damage to Romney’s vaunted pro-family stance on gay “marriage” by revealing how extensively the gay rights movement has penetrated the GOP establishment in general and the Romney campaign in particular…..READ MORE