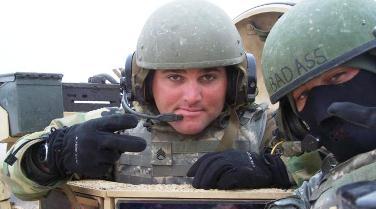 Yesterday I was notified that this blog, Maggie’s Notebook, is banned in Afghanistan on the computers soldiers use for “recreation.” As anyone reading here knows, I am an unwaivering supporter of our Troops. I have been very critical of Military leadership, from the perspective of a citizen sitting out here in the ether. I have been critical of Secretary of Defense Leon Panetta for baldly telling Congress he and the President will deploy U.S. Troops when they choose to do so, without Congressional oversight. I have criticized the Military handling of Nidal Hassan, the Ft. Hood shooter, and I, along with many others, am dismayed at our leader’s refusals to acknowledge Islamic jihad. I have told Sgt. Gary Stein’s story, and the stories of other Military, who say they will refuse to follow an unconstitutional order from the White House. I have recently advocated for bringing the troops home, because they are not allowed to fight a war, and I have been overtly suspicious of Afghan security forces. For this, I assume, I have been banned.

Today I found a timely op-ed written by MSgt Tom O’Rourke (ret) The Integrity of the Soldier vs. the Duplicity of our Leaders. He talks specifically about Arlen Specter’s duplicity, his litany of dishonest political moves, and his 60th vote that put ObamaCare on the President’s desk for a signature. He speaks of the integrity of the Troops in the face of poor and misleading leadership. The banning of Maggie’s Notebook and the theme of the op-ed seem to go hand-in-hand.

I decided against asking the Military Advisor in Afghanistan who notified me of the banning, to take a screen shot of the no-access notice. That’s what bloggers do when we find China or Russia has banned our blogs. This time, I feel it will put him at risk to ask anything of him. His information said I was banned on SPAWAR (Space and Naval Warfare Systems Command). He was unable to access my homepage. I did not know him before he contacted me. I had not visited his blog……READ MORE

Let’s support this site and get her back to the troops in Afghanistan!

Let’s get it right!

AMERICANS LIKE: FREEDOM, not slavery!
FREE ENTERPRISE, not unemployment!
WINNERS, not Everyone gets a prize!
COMPASSIONATE HAND-UP, not continual handouts!

SELF-RELIANCE, not nanny-state dependency!
SELF-PROTECTION, not helplessness!
ACHIEVEMENT, not appeasement!

INDIVIDUAL CHOICE, not federal mandates!
PEACE THROUGH STRENGTH, not acquiescence from fear!
EQUALITY, not political favoritism!
HONOR and INTEGRITY, not greed and corruption!

SPEAKING OUR MIND, not political correctness!
WORSHIPPING AS WE CHOOSE, not bowing to the church of State!
Our REPRESENTATIVE CONSTITUTIONAL REPUBLIC, not a mob-run Democracy!

Seems like a no-brainer to the majority of Americans. How about YOU?