Do not be fooled by the shifting sands of Obama-speak. He knows exactly what he is doing. He is beguiling the American people! The catch phrases – “Made in the USA” and “American working people” are designed to appear Patriotic and people-aware, but bear no resemblance to the sincere Patriotism (like that of Toby Keith) of those most Americans.

President Obama will deliver his big Jobs Plan on Thursday.

Is it significant that much of the plan will be in the form of tax cuts? Yes it is. It means that basically, conservatives have won the argument and the Keynesians, while not out the door yet, have certainly been handed their hat.

His ratings have dropped so low that in order to salvage any hope for a second term, he is broadcasting elements within his plan that will sucker some Americans. The expected cost of his plan? “The New York Times said that the cost of the package would be “several hundred billion,” while The Washington Post estimated the cost to be “at least $200 billion.” 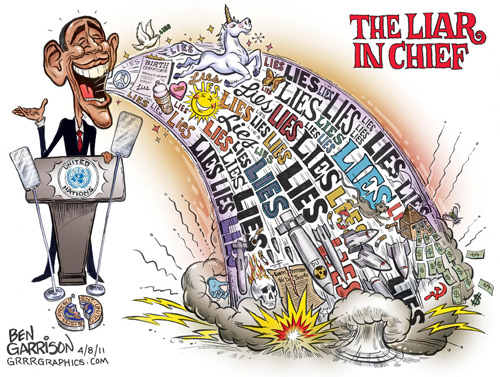 “I cannot guarantee that those checks go out on August 3rd if we haven’t resolved this issue. Because there may simply not be the money in the coffers to do it.” – American.com

“USA producing more oil than ever before.” – Petroleum Insights

“Fence between US and Mexico is “Practically Complete.” – Department of Homeland Security says 5%

I offer this list, not out of any hatred toward President Obama, but rather, out of an understanding of how quickly WE-THE-PEOPLE forgive and forget! We must not forget!

Watch to the Republican debates! Listen to the candidates. Read about their stand on the many issues. 2012.presidential-candidates.org is a good source of information. ANY of them are an improvement over the current POTUS! Some of these candidates have clear plans for creating real jobs. Some have years of experience in government. Some have outstanding banking and financial expertise. Some are US Military Veterans.