In case you’ve been hiding in a back room someplace for the last few decades, the typical public school curricula has changed! No longer are students taught how to learn. Rather, they are taught the politically correct answers. Period. Questions with hard answers are generally skipped, lest a student ask a question the teacher is unequipped to answer. But that is just the surface. Substance has also changed. English is morphed with Spanish and “computereze” until only a tiny percentage of graduating students can actually construct a well-stated sentence. Math and science are taught at surface level without the introduction of applications to make them real. History is being re-written before our eyes to support the modern “progressive” political agenda. George Washington, whose peers rated his integrity far superior to the norm, is now (according to NBC’s upcoming series) portrayed as a womanizing, self-doubting snob because the liberals know how much the Constitution and our Founders mean to the restoration and security of America. Their aim is to cast doubt on the excellence and genius of our Founding documents to allow for “modification.”. Some new text books actually compare our Founders to today’s murderous “terrorists!” 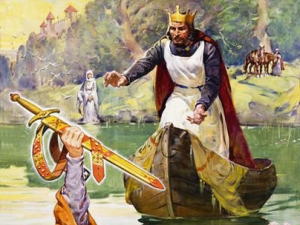 No more King Arthur stories, kids—you’re going to start reading some information-packed government documents instead!
Adding to a number of problems with the Obama Administration-backed Common Core education standards, beginning with the fact that the federal government should not be involved in the business of curriculum standards, is the questionable quality of the standards themselves. As the English language arts standards make their way through classrooms, educators are waving red flags about the Common Core’s literature requirements—or lack thereof.

At issue is the Common Core standards’ shift toward a focus on informational texts rather than literature. “English teachers across the country are trying to figure out which poetry, short stories and novels might have to be sacrificed to make room for nonfiction,” reported The Washington Post earlier this week.

Sandra Stotsky, a professor at the University of Arkansas, has decried the change: “Tackling rich literature is the best way to prepare students for careers and college.… There is no research base for the claim that informational reading will lead to college preparedness better than complex literary study.”

Teachers are voicing their grievances as well. Jamie Highfill, an eighth-grade English teacher in Fayetteville, Arkansas, told the Post that she has had to drop “some short stories and a favorite unit on the legends of King Arthur to make room for essays by Malcolm Gladwell and a chapter from ‘The Tipping Point.’ With informational text, there isn’t that human connection that you get with literature. And the kids are shutting down. They’re getting bored. I’m seeing more behavior problems in my classroom than I’ve ever seen.”

The shift to informational texts also “opens the door to a politicized curriculum,” some argue. 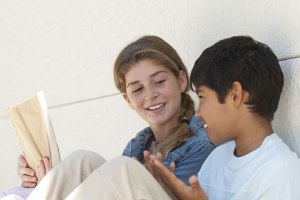 Stanley Kurtz from National Review Online points out that one of Common Core’s suggested texts is Executive Order 13423: Strengthening Federal Environmental, Energy, and Transportation Management. Executive Order 13423 was selected because it “appears to give the imprimatur of the federal government to the political gospel of ‘sustainability’ and the crusade against global warming.” Another recommended text from Common Core, notes Kurtz, is a 2009 New Yorker essay on health care. “The excerpt may not explicitly endorse Obamacare, but it certainly leaves students with the impression that Obamacare is wise policy.”

These, and other, changes reflect nothing more than a politicalization of education to further this administration’s political agenda. It is shameful indoctrination of young minds, not to mention poor preparation for productive adult life. It inhibits the development of critical thinking and creative exploration in our students’ development. All thought contrary to the agenda taught will be “corrected” or penalized by poor assessment marks. No more room for the individual thinker, as President Obama and his backers create a well-trained, but ignorant, collective … a population of sheep!