United We Stand; Divided We Fall

“The United States Senators sang it on the steps of the Capitol that fateful day, September 11, 2001, another “day that will live in infamy.” It was sung at the reopening of the stock market the following Monday, and Canadian soprano Celine Dion sang it at the two-hour fundraiser “America: A Tribute to Heroes” on September 21. The song was God Bless America, and on NBC’s Saturday Today show, after mentioning the national anthem and Willie Nelson’s rendition of America the Beautiful, it was reported that Ms. Dion sang “the song that galvanized the American spirit.””
(The American Spirit)
God Bless America “was written during the First World War, for an army camp show where Berlin was stationed: Camp Yaphank on Long Island. The show’s producers rejected it as too jingoistic, so Berlin placed it in a trunk of rejected manuscripts.

There it lay for twenty years, until Ted Collins, manager of popular singer Kate Smith, approached Irving Berlin for a new patriotic song for Kate to introduce to mark the twentieth anniversary of the Armistice that ended World War I.” Continue reading …

In 1938, with the rise of Hitler, Berlin, who was Jewish and a first-generation European immigrant, felt it was time to revive it as a “peace song”, and it was introduced on an Armistice Day broadcast in 1938 sung by Kate Smith, on her radio show. Berlin had made some minor changes; by this time, “to the right” might have been considered a call to the political right, so he substituted “through the night” instead. He also provided an introduction that is now rarely heard but which Smith always used: “While the storm clouds gather far across the sea / Let us swear allegiance to a land that’s free / Let us all be grateful for a land so fair, / As we raise our voices in a solemn prayer.” (wikipedia)

God bless America,
Land that I love,
Stand beside her and guide her
Thru the night with a light from above; 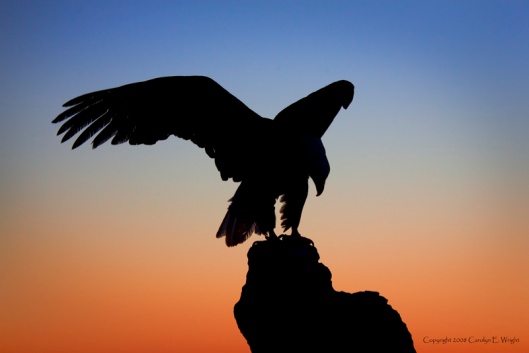 Whilst the last members were signing [the Constitution], Doctor Franklin, looking towards the Presidents chair, at the back of which a rising sun happened to be painted, observed to a few members near him, that painters had found it difficult to distinguish in their art, a rising, from a setting, sun. I have, said he, often and often, in the course of the session, and the vicissitudes of my hopes and fears as to its issue, looked at that behind the President, without being able to tell whether it was rising or setting; but now at length, I have the happiness to know, that it is a rising, and not a setting sun. – Dr. Benjamin Franklin, September 17, 1787. What do YOU say? Is the sun rising or setting?

Let that same Spirit rise within each American citizen, a Spirit of gratitude to all who have gone before that helped define AMERICA as our HOME. May our love for our nation, and the Light she represents to other nations, rekindle in us as we regain appreciation for our remaining FREEDOMS and work to restore what has been stolen through our own greed and selfishness. May the Spirit that unites us in times of catastrophe, unite us NOW and in the days to come as we stand together against the tide of mediocrity and sameness that would disarm our individuality ~ the capstone of our FREEDOM! God, let it be so!

“I am an “American”
free to speak without fear,
free to worship in my own way,
free to stand for what I think right,
free to oppose what I believe wrong,
or free to choose those who shall govern my country.
This heritage of freedom I pledge to uphold.”