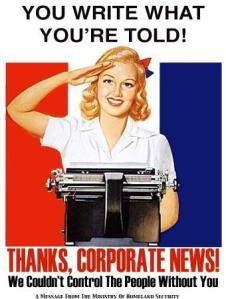 The villain? Evil! The participants, ALL human flesh! This is not what the liberal media or the liberal-owned school system tells us, but human beings are flawed, imperfect creatures capable of good AND evil by free will. At this point in history, evil is making a surge while “good men” do nothing (or very little.)

The Zimmerman/Martin case is a perfect example of our human condition. Two men living near one another. Neither familiar with the other. One, a law-abiding citizen exercising his right to self-protection. The other, out for an evening walk.

Each man is suspicious of the other. WHY?

GENERAL TRUTH: Humans are afraid of what we do no know. Instinct.

THE CASE: Z calls in “suspicious youth” to local police. He’s told to return to his vehicle. As he turns to do just that, M jumps him, knocks him down, pounds his head into the ground. Wounds confirm this. Z fears for his life, pulls his legally owned & registered weapon and fires. M dies. The MEDIA goes wild. Accuses Z of everything from child molestation to racism, to murder.

THE QUERY: Did Z honestly fear for his life and act out of that fear?

WHERE IS JUSTICE? No, REAL justice … you know, FAIRNESS under the LAW? I guess that only applies under politically correct circumstances, too.

BOTTOM LINE: Z’s life is over! He will either be convicted of the crime of protecting himself, OR he will be acquitted, in which case, he will most likely be gunned down by a mainstream media junkie or a falsely irate person of color spoon-fed HATE, again, by the same MEDIA.

There have been many, many articles written about our waning First Amendment rights, but I haven’t read anything about our state-run/owned media and the vanished FREE PRESS so instrumental in the obtaining of our Liberty at America’s birth.

Most of my life, the press has operated left of center, but they generally made a professional effort to at least present some smithering of all sides of a debate. This is no longer true, which leads me to ask one final question today:

Are there no TRUE JOURNALISTS left in America to fairly inform the people. I know of a handful, but surely there are more with some journalistic pride, some measure of integrity?