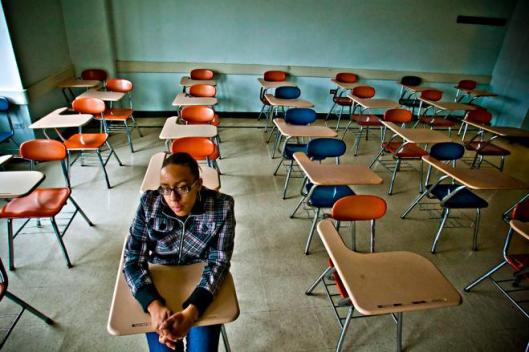 I spent a decade teaching in a private school in my attempt to negotiate the Union trap doors and administrative bullying, so I know first hand how manipulative our education system can be. It all seems so innocent. Subtle changes here. Rewording there. Omission of certain details in the life of George Washington or skewed emphasis on uncertainties in the life of Abraham Lincoln don’t seem like monumental issues in the overall education of children. Toss in a little “I’m OK; You’re OK” and John Dewey’s perspective on education as part of a young teacher’s training, and we begin to see – way back in the 70’s – the beginnings of what we are reaping today. In their effort to indoctrinate our students in a politically correct manner, relevant disciplines have been compromised, watered (dumbed) down, or completely omitted. There is evidence, the decline in US education has much greater impact on our further than most of us may realize.

To any American who believes whole-heartedly in the virtue of our public school system, please know you are completely … UNAWARE!!!

Education’s Great Divide: My Time in the Trenches

In thinking about how valuable education is in cultivating the next generation of Americans, my mind took me back nearly twenty years to when I was a graduate student functioning as a substitute teacher at La Puente High School in Southern California. On one assignment, I was to cover a social studies class of some old-timer; he had written down in his instructions that since his classes were on a field trip, my sole duty was to show a movie at 6th period to those who did not attend. What I found that day opened my eyes.

In a dusty corner shelf of the room was a set of thirty-year-old textbooks from the mid-1960s, and although my memory cannot now relinquish their title, their contents burned themselves into my brain. As I flipped through the pages, I was astonished to find what I would now consider an upper-level college textbook under color of what in the high schools used to be termed “civics.” This text contained a very detailed understanding of political theory, constitutional law, macroeconomics, American history, and comparative political systems. I spent the rest of the day in slack-jawed amazement, perusing what a student in a working-class town was expected to know before the mavens of education began tinkering with the curricula of our schools.

When the instructor returned at the end of the day, I revealed my astonishment to him, and he informed me that he had used those texts when he first hired on. Now, however, could not do so, since they would be incomprehensible to nearly every student — especially considering that the nature of history and American government had been changed in the current texts. The teacher related to me that the current texts had been scaled down to what used to be a grammar-school understanding, and they carried within them a jaundiced view of America, preferring to accentuate the warts and blemishes rather than the achievements of our political system.

I then made it my business, when finding an older teacher, to ask if education had been “dumbed down.” To a person, I found that this question unleashed volatile diatribes on how dull children had become since the responders had begun as idealistic young men and women in the field. Algebra teachers informed me that every year they were forced to eliminate problem sets that previous years had mastered. English teachers who once taught Shakespeare and Dante were now reduced to leading seniors through Orwell’s Animal Farm or postmodern novels featuring teens in existential moral dilemmas. Moreover, the analysis of themes in book reports had been deconstructed into not what the author was attempting to portray, but what personal emotions were elicited in the reader. 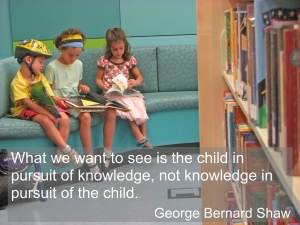 Teachers, who are part and parcel the products of our New Education, can never be fully aware of what diminution has been wrought subsequent to the Great Divide. From elementary school and into the colleges, disciplines of objective knowledge have been either discounted or leveled, and critical thinking has been pushed aside for the subtle indoctrination of a specific worldview. Students are deemed to be merely clever animals, and the slow, simmering replacement of a spiritual for a biological self-definition is therefore woven into the fabric of how they are taught life and the world.

Campus speech codes and filtered curricula have denuded the classical goal of the acquisition of a free and analytic mind. The capacity to seek and apprehend truth has devolved into the project to fashion pliable minds with correct and proper opinions, in which truth itself is a problematic, wavering, conventional construct. Passion and commitment in service to a politicized cause are indeed more valuable than the veracity of that cause, since the absence of truth renders one construction of the world coequal with another.

The moral equality of lifestyles, as well as the preferred end of an equality of material results, is deemed by those who design curricula to be consistent with “anointed ideologies.” All permutations of sexuality are to be held valid, protected from the scrutiny of blighted paleo-moral judgments. All cultures and religions are also worthy of celebration — with the exceptions of Christianity and the American regime, who are guilty of a plethora of crimes throughout the earth and must therefore be lowered in stature to ensure the final egalitarian assessment of distinction-free understanding. The fiction must be implanted that we are all one worldwide loving and happy family, benevolent and divided only by geographical and artificial political overlays.

For those with children or grandchildren in public schools today, I cannot urge you enough to pay VERY close attention to the assignments, the textbooks, and the classroom discussions so you are both informed and able to rebut in your time with these children. It is a VITAL INTEREST to educate this generation about the workings of our government as the Founders intended, to educate our students on HOW to learn because teachers do NOT! Some teachers actually (I know this, too, first hand) read from a SCRIPT, and they call that “teaching!” We all know our ABC’s, so let’s USE the skills and knowledge we have to educate our children. We cannot count on the government sponsored public school system to uphold our “traditional American values,” if we are not willing to do so ourselves.

The 5000 Year Leap: A Miracle that Changed the World is an excellent place to start. The future of our nation depends on the values and Constitutional knowledge of our children and grandchildren, and who is better equipped to help them understand than US … you and me working together to LIVE and BREATHE LIBERTY as a God-given gift and responsibility! We must turn the tide.