Mine eyes have seen the glory … have yours?

Not long ago, I remember a discussion that posed this song, The Battle Hymn of the Republic, as our National Anthem. It’s a powerful lyric with a musical score that understands the lyrics. But what does it mean?

It means … America is a nation of individuals. Each of these men and women had their own stories, their own reasons to take a stand, and their own aspirations. None were professional soldiers. None were trained in the art of “building a new nation.” The only thing they had in common was a desire to live FREE, unencumbered by government restrictions and regulations, guided only by what was “RIGHT.” They’d had enough of a tyrant – the King – ruling over them and making decisions for them… for their own good. When the king decided to disarm them, telling them he (the government) would keep them safe and take care of them, they knew better. They’d seen how the King “took care of the people” before, and they knew there had to be a better way to live. They knew!

Now, flash forward 236 years and our government today is copying the same legislative pattern Britain’s King George III followed all these years ago. We have been lulled into complacency by the power-grabbing elite of both parties, and in the process we have compromised our values, our morals, and now, we stand for NOTHING!

America is NOT the Greatest Country in the World

There is a TRUTH that supersedes all other thought. There is a Law that is universal, fair and honest. There is a morality that governs LIFE. It is God’s Law of Love.

This is NOT a requirement to be a CHRISTIAN, but simply a point of contact, a guideline, measurement stick. Each of the major religions hold to the same basic MORAL tenets, even if other aspects differ. Buddhism, Hinduism, Paganism, Judaism, and Christianity all respect LIFE. Even Islam respects life, although they define it differently. The point is … KINDNESS, RESPECT, HONESTY, CIVILITY, INTEGRITY … there is no LAW against any of these, nor any other society that abhors any of these things. They were once vaunted here, in the United States of America, a mere generation ago. Many remember … Can we not recapture these VALUES to put VALUE back into our daily discourse with one another? Hatred is such an ugly thing! Even uglier on the streets and in the homes of … US! 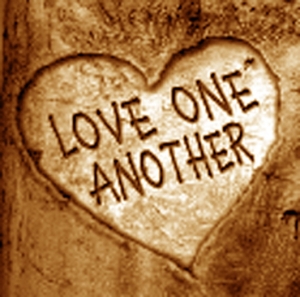 God’s Law of Love is the ultimate fulfillment of Biblical law, including the Ten Commandments, as it fulfills the intent of such laws. “All the law is fulfilled in one word, even in this: You shall love your neighbor as yourself” (Galatians 5:14). Through Christ’s salvation and His Law of Love, Christians are released from the Mosaic laws in the Old Testament and are no longer bound by them. Instead, they are held to a higher law—Christ’s Law of Love, which should guide all our interactions with others. It is from this place that real liberty springs!

Only WE can change America. It’s not up to the government, or Big Business, or Walmart, or the oil companies. It’s up to US… you and me. We must decide. We MUST choose … Liberty of die!