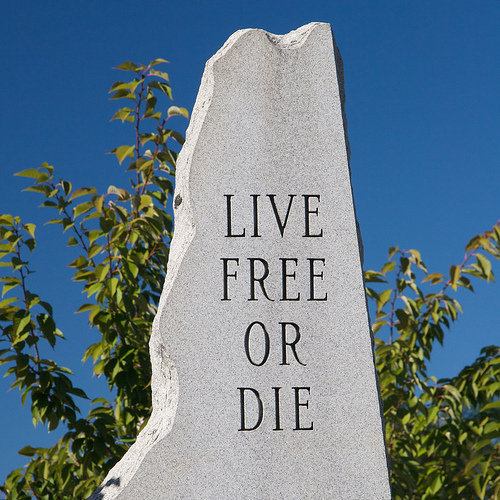 The Life Cycle of a Nation

This article was originally posted after the Election in 2008 by Dr. Ignatius Piazza .

Our Founding Fathers were collectively the brightest, wealthiest, and most powerful men of their era. They risked everything they had by declaring their independence from what was, at that time, the greatest military and economic power in the world.

Quite frankly, we have not had such intellect, innovation, and “testicular fortitude” at the helm of our country since then, and I believe will never see men of such strong backbone in our government again.

Just over 200 years later, England is a shadow of its past world dominance and the United States has fallen so far away from the country our forefathers created for us that they would shed tears of dismay if they could walk among us today.

History provides a road map of where the US is heading…

Is our demise inevitable?

No, but ONLY if we study the past and make the difficult, yet proper, decisions to prevent history from repeating itself in our country as it has done with every group of people before us, from every culture imaginable.

About the time our original thirteen states adopted their new constitution in 1787, Alexander Tyler, a Scottish history professor at the University of Edinburgh, had this to say about the fall of the Athenian Republic some 2,000 years earlier:

So where are we, citizens of the United States, in the historically proven Life Cycle of Nations?

Our latest election only confirms our downward spiral to be someplace on this ladder between step 5 and step 7. I was hoping we could avoid hitting bottom, but the fractured face of the groups in opposition to Obama failed to congeal behind Mitt Romney. Until We-the-People decide who we are and what our priorities are, we are in a free fall back into the kind of bondage that inspired our Founders to Revolt. Be that as it is, we have to find our North Star! We must see through the fog of misconceptions and deliberate deceptions and fan the flames of the FREEDOM that issue only from the hand of God.

Freedom inspires us to follow the dream within us. Freedom motivates us to find our purpose in making a product or providing a service to our fellow man because Freedom allows us to care for one another for real! Freedom is outwardly focused. This Freedom is God’s idea. It’s the Freedom endowed on all mankind that no government on earth can thwart or replace. This is what we must rediscover … and re-value. 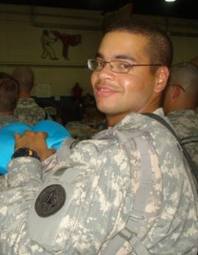 “A Hamilton, N.J., native who died in the line of duty in Iraq was brought home on Sunday.
Twenty-five-year-old Omar J. Vazquez was a 1st lieutenant with the United States Army. He and a fellow soldier, Pfc. Antonio G. Stiggins of Rio Rancho, NM, died Friday in Numaniyah, Iraq. Both were assigned to the 2nd Squadron, 3rd Armored Cavalry Regiment out of Fort Hood, Texas. They were the victims of an improvised explosive while serving in Iraq.”

Yes, soldiers are still under fire in Iraq contrary to what we hear about “peace-keeping” forces. Lest we forget … 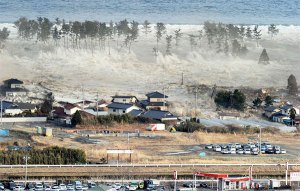 “The 8.9-magnitude earthquake triggered a deadly tsunami that washed far inland, swamping towns, sweeping away a train and sparking massive fires that burned through the night,” destabilizing major nuclear reactors along the coast …

It’s been a few months, but what is going on in Japan today? I cannot say when I last heard anything about those crippled reactors. How is it that something so catastrophic can be so easily brushed aside?

“In 1776, a few patriots were very concerned about their loss of freedom. The British King had imposed unjust laws, and excessive taxation without representation. However, the majority of colonists were complacent — afraid to stand up for their freedom, and their Unalienable Rights of Life, Liberty, and the Pursuit of Happiness.

“At great personal risk, 56 men stood up for all Americans and signed their names to the Declaration of Independence. It was adopted on July 4, 1776, and a new nation, The United States of America, was born. Our Founding Fathers (interactive picture of signers) established this nation upon amazingly wise and relevant documents, but there are those among us who believe they know better how the government should perform.

Inspiration Monday XIV!!! Thanks for the creative prompts! BeKindRewrite

President Obama: A Memorial Day no-show
for Commander in Chief

If my math is correct, this is the second consecutive Memorial Day that the President has decided to honor the war dead of another. A second time he has found himself too busy to be at Arlington National Cemetery.

Instead of a wreath at the Tomb of the Unknown Soldier at Arlington, he placed a wreath at the Ghetto Heroes Memorial. This is an important memorial in that it honors the sacrifice of tens of thousands of Jews who were killed in the Warsaw Ghettos uprising on 1943. (Read more … )

“For most of my life, I was like most people: I knew what Memorial Day stood for, but I didn’t really stop to think about what it truly meant. That changed after I went to Iraq in 2004 as a civil-affairs soldier with the Army Reserves. When you serve with people who don’t come home, Memorial Day means something different.
Memorial Day is not about politics. Whatever your feelings about current or former wars, remember this: All military personnel take an oath. The fallen swore and gave their lives honoring a promise:
“I do solemnly swear that I will support and defend the Constitution of the United States against all enemies, foreign and domestic; that I will bear true faith and allegiance to the same; and that I will obey the orders of the President of the United States and the orders of the officers appointed over me, according to regulations and the uniform code of military justice. So help me God.”

I am an American Soldier

I am an American Soldier.

I am a Warrior and member of a team.

I serve the people of the United States and live the Army Values.

I will always place the mission first.

I will never accept defeat.

I will never quit.

I will never leave a fallen comrade.

I am disciplined,. physically and mentally tough,

trained and proficient in my warrior tasks and drills.

I always maintain my arms, my equipment and myself.

I am an expert and I am a professional.

I stand ready to deploy, engage, and destroy

the enemies of the United States of America in close combat.

I am guardian of freedom and the American way of life.

I am an American Soldier.

Many years ago, I enlisted in the US Army. Though offered a commission, I declined. I wanted to earn respect by my performance, not by the rank I wore. I served a mere three years and was not involved in combat. One of my daughters has chosen to follow in my footsteps, and has already served 5 years, including a tour in the desert. As happy as I am that many Americans have never known such hardship as seen in WWII, Korea, Viet Nam, Cambodia, and Laos, or Iraq and Afghanistan now, it is an UN-happy truth that without struggle, there is little appreciation. Many Americans do not value the freedoms we still have. They exist in a quiet complacency that disregards the deeply personal sacrifices of the past. All too many just don’t care. I thoroughly hope you are not among them. 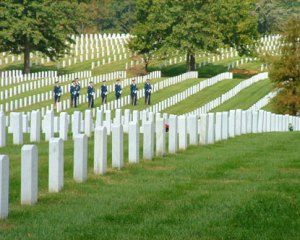 Memorial Day has traditionally been observed in Washington D.C. at the Tomb of the Unknown Soldier in Arlington Cemetery. Although President Obama has not seen fit to continue this observance in Arlington, there is much symbolism involved inn the traditional ceremony.

You may also like: This Memorial Day … Take a Minute to REMEMBER