We don’t hear much news about the men and women serving abroad whether in Iraq, Afghanistan or Kosovo or Germany. We just don’t hear anything. I guess the military is only important to the media when it’s about to be SLASHED by a President/Actor who wants us to believe he really cares. [gag] 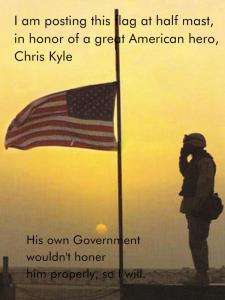 This is a TRIBUTE, a loving, respectful tribute to those still fighting and dying for the cause of FREEDOM even though many Americans don’t appreciate the liberties we have nor the men and women throughout history that have sacrificed to preserve them for us.

Our brave and dutiful young men and women sacrifice their lives, their families, and their comfort to fight for AMERICA in places similar to our nation and as different as one could possibly imagine. Their family and friends also sacrifice their loved one to our nation’s service. I don’t know if you understand what they give up, that they endure many discomforts we take for granted … running hot & cold water, healthy food, toiletries, shelter, entertainment options … But perhaps the biggest thing they sacrifice is … HOME.

These men and women are gone for a year or more. When they have done their service and return HOME, THIS is what they find? FEMA training our children, making them into … into WHAT???

They return to see our government, lead by the President, with uninformed Americans in tow, trashing the US CONSTITUTION they swore to support and defend. “Shall not be infringed” means … what? 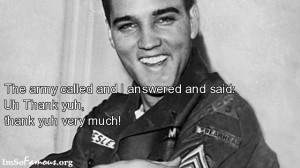 In previous decades, Hollywood helped foster support for our Military members by offering their entertainment abilities and in some cases, even joined. Elvis Presley, even, as popular and “cool” as he was, saw it his duty to pay his dues in service to the nation. Now, Hollywood does everything it can to mock or ridicule, or at the very least, portray the military in an unflattering light.

Might we not demonstrate a little curiosity about what our Military members are doing in, say, AFRICA? Might we not pressure our legislators to push for answers on Benghazi? Might we not demand the media keep us informed about where our soldiers are sent and why? Might we not push for Hollywood to support our TROOPS just a little in exchange for their lavish lifestyles.

There are other issues that concern VETS returning Home … Homelessness among Vets is outrageous. Many, many Vets are not receiving the mental and physical support they were promised. Why do we not hear about these issues?

REMEMBER
Faces of the Fallen

Oh say does that star-spangled banner yet wave,
O’er the land of the FREE
and the Home of the Brave?

THIS is the question of the day!