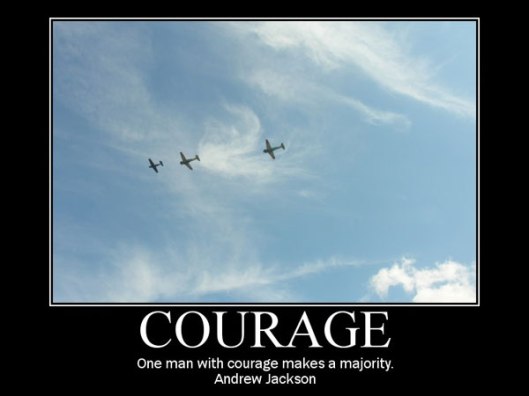 A Time For Courage

As the revelations of the last few weeks now make abundantly clear, our freedom of speech, freedom of the press, and our freedom of religion may have never been in greater jeopardy than they are right now. The remainder of this year will likely determine whether we will remain a free people or succumb to a terrible tyranny.

The scandals around Benghazi, the attacks on the press, and the IRS being used to target political enemies are some of the most shocking Federal Government overreaches in our history. Now we find these are only “the tip of the iceberg” of the assault on our freedoms and our basic privacy.

The revelation that the NSA has the capacity to monitor and store all phone calls, emails, text messages, social network posts, virtually all communications in America, and very soon the world, is so shocking that it is hard for many to believe. Already the power of our Federal Government to impose totalitarian control over its people is the greatest in history. The Administration maintains that their intentions are noble, regardless of the growing mountain of evidence to the contrary. Only the most naïve or ignorant believe that. Even if their motive is for security reasons, is that not the argument every other totalitarian regime in history used to gain control? Even if this Administration’s intent is noble, what about those Administrations which follow?

All of these revelations and scandals are far beyond anything we have ever witnessed. They are coming at us so fast that people may go numb and just shut down. In the Book of Daniel, the devil’s strategy is to attempt to “wear out the saints,” and this has always been an effective strategy. However, now is not the time to shut down and throw up our hands declaring that this is too much to process. Everything we hold dear as Americans, our most basic liberties, are in serious jeopardy. It is time for courage and our most resolute determination that this is not going to happen on our watch, and that we will never give up. It is not too late.

There are three crucial questions to ask in any crisis: What is happening? What is not happening? What can I do about it? These were first stated by the U.S. Army Colonel made famous in the book and movie We Were Soldiers. In the first U.S. Army battle against a regular North Vietnamese Army, Colonel Moore used these questions to lead his force through what looked like impossible odds to ultimate victory. It was then adapted for the U.S. Army Manual as a commander’s basis for evaluating a crisis. We will use it here.

What is Not Happening?

What Can We Do About It?

KEY STRATEGY
It’s understandable that Congress does not want to sound too shrill or too reactionary, but to proceed in a sound and systematic way in the face of these serious issues. However, Congress has limited power to investigate and has proven willing to abdicate that power and cave in to Administration pressure or intransigence. Trust in the Government and our leadership will continue to erode if reputable independent prosecutors need to be appointed for each of the major issues addressed above.

2 thoughts on “A Time For Courage”