Have you noticed that civilization, as we know it in the USA, is rapidly declining? While there may be many superficial reasons for this, there is one fundamental reason: God has been systematically exiled.

All negative statistics are up: teenage pregnancies, teenage abortions, murders, suicides … just about every indicator of negative behavior trends shows we are in trouble. But, God is shunned as “Old Fahioned.”

The issues that confront America in 2013 and onward, are not political issues, but moral issues. Many Americans remember such things as prayer in schools (non-specific & non-threatening), teachers using rulers to “regulate” classroom behavior, two-parent (male & female) households, an orderly society with rules that usually worked, but even when they didn’t, it was the exception, not the rule.

I am part of the generation that helped to tear down those rules and that framework, the Baby Boomers. It’s not so bad that we tore things down, but we FAILED to put anything in place to maintain or adjust the social framework. Without BOUNDARIES, society falls into chaos. This is where we are today. Anything goes … except God’s ways.

I like to play with electronics and even put furniture together. Most items seem to be pretty self-explanatory … except for the leftover screws! My pattern is, when all else fails, read the directions.

America’s people are broken. Our communities are broken. Our schools are broken. Our government is badly broken. In fact, many of our churches are broken. Rather than celebrating the greatest love ever shown to mankind and eagerly sharing it with everyone we meet, we mistakenly tend ourselves & our buildings while lost people suffer. Many churches are so busy building and tending their “aquarium,” they have forgotten about “fishing for Men.” Instead of casting our nets into the deep river teaming with fish, we have become like the Dead Sea, keeping what we find for ourselves. Maybe it’s time to find the “directions” and READ THEM … again! Two thirds of GOD is GO!

Jesus says, “Give me an hour and I’ll change your life!”
“What will we do?” Peter asks.
“Change the world!”

I’ve become very disillusioned over our political system. In fact, I almost didn’t vote in the last election because I got so disgusted with the ads on television. Do you think there’s any hope of reversing all this? — Mrs. T.D.

Yes, there is always hope—and the reason is because God is concerned about these things even more than we are, and He has the power to drive us to our knees and change our hearts if we will seek Him.

In fact, some of the greatest spiritual revivals in the past occurred just when the situation seemed to be the darkest. In the history of our own nation, for example, countless thousands turned to Christ during the darkest days of the Civil War, setting the stage for national reconciliation later on.

Or take the time of King Josiah in the Bible. His father had been assassinated; the nation was in chaos; the people had almost forgotten God. But one day Josiah discovered a copy of God’s Word, and his life was changed. He then “removed all the detestable idols from all the territory … (and) as long as he lived, they did not fail to follow the Lord” (2 Chronicles 34:33).

Pray for our nation, and pray especially for those who are our leaders. In my experience, the vast majority of them are honorable and dedicated men and women who want to do what is right; only a few are driven by wrong motives. They need our prayers, and they need God’s wisdom. The Bible commands us to pray for “all those in authority, that we may live peaceful and quiet lives” (1 Timothy 2:2). Think how different our world would be if we all followed that command!

Once upon a time, my life was full,
Family and friends one click away,
But one by one, they’ve vanished, it seems,
Till now, all alone am I.

From within my walls I watch the world,
Go by in its chaotic dance,
But here in my small world, I am safe and alone,
Watching LIFE one click away.

What happened to my heart to break it so,
And lock it away from view,
What are those small red spots on my back,
But scars from those claws of betrayal.

How is it suddenly, my alone-ness closes in,
And reveals its uglier truth,
I may have built it, but I can’t tear it down;
Help me put my past under my feet.

Take my hand and lead me out,
Out of this prison I built,
Into the fullness of the life You designed
Surrounded by family and friends.

God asks us – and commands us – in I Timothy 2:1-2 and Romans 13 to pray for our nation and its leaders. This boldness in prayer isn’t just about asking God for big things, but stepping out and trusting Him in faith, despite how impossible circumstances may seem. We can make a difference in America by praying bold prayers…prayers with answers that are only possible by God.

It’s our purpose as a ministry to use all of our available resources to mobilize an army of prayer warriors, people – like you – who unashamedly proclaim: “We Pray For America.”

In keeping with this purpose, we’re introducing a new BOLD (Beside Our Leaders Daily) prayer initiative for impacting America’s leaders. “We the People” will be the largest and most valiant prayer campaign we’ve ever undertaken as the largest fulltime prayer movement for our nation. During the final six months of 2013, we’ll be giving you focused and specific prayer direction and information on the highest positions within our government. Each day we’ll move office-by-office and department-by-department — from the Administration, Congress, the judiciary, and our military — praying for those individuals within our government who shape the course of this great nation.

As part of this “boots-on-the-ground” approach, we’ll also let each leader know that hundreds of thousands of people will be praying for them as they work and possibly make important decisions about our country’s future.

Your bold prayers and faith represent the same kind of courage that launched our great nation 237 years ago and that has sustained us through wars, economic downturns and terrorist attacks.

This bold plan to inspire millions of Americans to pray for their leaders has received some significant financial help by several friends of this ministry. But, they recognize that their giving alone is not enough to underwrite the entire cost of this intensive six month campaign. So, we are asking for your prayerful, bold financial help. They have graciously offered to match dollar-for-dollar any gift of $25 or more given now, or promised through December 31. But, we must know of your faith-giving plans before midnight on July 4.

That’s right – ALL your financial gifts of $25 or more for the rest of this year will be doubled. Starting NOW … any gift received by July 4th and your monthly faith commitments will be doubled as you give each month until the end of the year. The deadline to give now or indicate your faith promise is midnight on July 4th.

In I Samuel 2:30, God promises to honor a people and nation that honor him, so let’s keep praying. We believe that the recent scandals coming out of our nation’s capital are just one way God is answering the prayers of our members to “bring to light” the wrongs and deceptions in our government. We thank you for your generous support and for being among those who boldly proclaim: “We Pray For America.”

Gotta love the Religion of PEACE!!!!

Have you ever heard the term, “moral equivalent of war?”  Do you know why it was invented, and what it was intended to be used to do?  You should, because it is being used against you right now – and it is working.  Let me try to explain it, and show you how it works.

I got the following from an excellent blog, progressivesinamerica:

Many, but shamefully, not all, Americans are now aware of the many scandals and improprieties performed and embraced by our government. I’ve included a few links to related articles in case anyone wants to read up on any of these things. 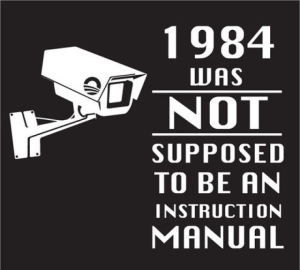 Yes, Big Brother IS watching, and reading, and snooping

Time is fast approaching for ACTION!

I’ve about reached my maximum absorption level of manure! So then … now that we have a clear grasp of where this Kenyan is taking our nation, and how he plans to get us there, what are our alternatives? Up to this point in America, our two party system has worked relatively well as a self- correcting agent of the Constitution. This is now void! The Republican Party will soon be dead, unless “life-support” kicks in quickly and the old-school RINOS like McCain – Bless him for his service, but it’s time to retire, sir! – and the disappointing darling, Rubio STOP PANDERING and find the moral high ground of the Republican Party of the 1860’s!


The people of America either do not care, do not understand, or do not believe there is any hope of recovery. The Republic is lost. If we do nothing much longer, it is lost, but in our memories.

My question is … Is the Republic recoverable? Is there hope for a peaceful recovery of our Constitution and the Republic it is supposed to govern? Are there sufficient numbers of morally stalwart men or women willing and able to stand by their honorable Oath? Is there any remnant of our moral fabric left with which to rebuild?

I guess we will soon see …

But there’s a catch, as there always is,
Consequences strung through each choice,
Baggage surrounding each future memory,
Unseen, unheard, and often untold.

Each day is a canvas left to conquer;
Colors are chosen, but there is no order,
It’s up to me to choose the object,
And bring order to the colored chaos.

But there’s a catch, as there always is,
Consequences strung through each choice,
What is the price for each future memory,
Unseen, unheard, and often untold.

What is the Framework and where are the boundaries?
What defines my life’s direction?
What are the goals, the prizes, the treasures
That define the goal of my life.

There’s a catch, as there always is,
Consequences strung through each choice,
Out of death comes life; and out of pain, there’s joy,
And FREEDOM in borne of TRUTH.