Christopher Tienken, Ed.D. is the editor of the AASA Journal of Scholarship and Practice. He is an assistant professor of Education Administration at Seton Hall University. He has public school administration experience as a PK-12 assistant superintendent, middle school principal, and elementary school assistant principal. He began his career in education as an elementary school teacher. Dr Tienken’s research interests include the effect and influence of professional development on teacher practice and student achievement, the construct validity of high-stakes standardized tests as decision-making tools about student achievement and school effectiveness, and curricular interventions used in schools to improve achievement. His research about the effects of professional development on student achievement has been recognized by the Institute of Education Sciences and the National Staff Development Council awarded him the Best Research Award in 2008.”

As a top researcher in academic practice and student achievement, Dr. Tienken looked at the claims of those who support the Common Core Standards and wrote about his findings in the Winter 2011 edition of the Journal of Scholarship & Practice. You can read his full report “Common Core State Standards: An Example of Data-less Decision Making” here. What follows are some key highlights from it.

On the claim that the standards are evidence based and internationally benchmarked.

“The standards have not been validated empirically and no metric has been set to monitor the intended and unintended consequences they will have on the education system and children (Mathis, 2010)”

“The site alleges that the standards are “evidence based” and lists two homegrown documents to “prove” it: Myths vs Facts (NGA, 2010) and the Joint International Benchmarking Report (NGA, 2008). 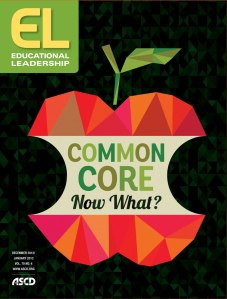 The Myths document presents claims that the standards have “made use of a large and growing body of knowledge” (p. 3). Knowledge derives in part from carefully controlled scientific experiments and observations so one would expect to find references to high quality empirical research to support the standards.

When I reviewed that “large and growing body of knowledge” offered by the NGA, I found that it was not large, and in fact built mostly on one report, Benchmarking for Success, created by the NGA and the CCSSO, the same groups that created these standards; Hardly independent research.”

“Unfortunately for proponents of this empirically vapid argument it is well established that a rank on an international test of academic skills and knowledge does not have the power to predict future economic competitiveness and is otherwise meaningless for a host of reasons (Baker, 2007; Bracey, 2009; Tienken, 2008).”

He sites these examples to support his statement.

“The fact is China and its continued manipulation of its currency, the Yuan, and iron-fisted control of its labor pool, has a greater effect on our economic strength than if every American child scored at the top of every international test, the SAT, the ACT, the GRE, or the MAT.” (emphasis added)

“Japan‘s stock market, the Nikkei 225 Average, closed at a high of 38,915 points on December 31, 1989 and on October 15, 2010 it closed at 9,500 points, approximately 75% lower, but Japan ranked in the Top 10 on international tests of mathematics since the 1980‘s and has always ranked higher than the U.S. on such tests. Yet Japan‘s stock market and its economy have been in shambles for almost two decades. They have national curriculum standards and testing, and have for over 30 years. Japanese students outrank students from most other nations on math and science tests.”

“Economic strength of the G20 countries relies more on policy, than education achievement.”

“To believe otherwise is like believing in the tooth-fairy.”

Even if the standards were a good idea, they would not lead to the results that their proponents promise. Given their tremendous cost, it seems reasonable to question whether they are really needed. At the very least we should ask, is this a good investment of America’s capital? 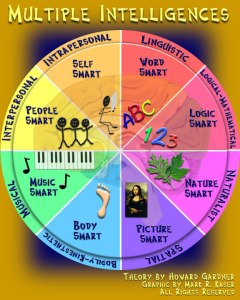 BLOGGER’S NOTE: As an educator, it is just plain foolishness to think any kind of collectivity, lumping all students into one giant classroom, dispensing pre-designed curricula and calling it Common Core Standards is simply idiotic! YES, our education system needs some serious help, but this is over-simplifying the problem AND an imagined solution. Nothing short of a radical re-design of what curriculum means and how to TEACH individual students (rather than “groups” of children) is going to improve the learning curve in American schools! Collectivity is NOT the answer in education any more than it is in anything else. As much as Americans want to believe in equality, we must understand that equality does NOT refer to our individual giftings and abilities. In those, we are divinely created unique individuals!