NOTE: Naturally, the Progressive left has totally perverted both the definition and the truth of this issue. Any of us who have worked legally in this country have deposited into both Social Security and Medicare. They are legitimate entitlements. Medicaid , food stamps & welfare are social assistance programs, unfairly lumped together with the real entitlements. The pathetic part is our government has spent it! That is the crisis we and future generations face today. Without changes, there will soon be NO help for our Seniors. We must get this message out and speak it clearly for all to hear and understand. ~ BBB 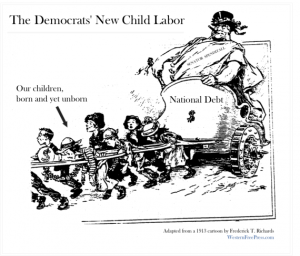 On the USS Wisconsin in Norfolk harbor, a coatless Mitt Romney named a tieless Paul Ryan as his vice presidential nominee.

Romney’s choice was not much of a surprise after he told NBC’s Chuck Todd on Thursday that he wanted someone with a “vision for the country, that adds something to the political discourse about the direction of the country. I mean, I happen to believe this is a defining election for America, that we’re going to be voting for what kind of America we’re going to have.” [AGREED!]

This arguably describes some of the others mentioned as possible nominees, but it clearly fits Ryan.

He doesn’t fit some of the standard criteria for vice president. He hasn’t won a statewide election, held an executive position or become well-known nationally or even in much of Wisconsin.

But more than anyone else, more even (as impolite as it is to say) than the putative presidential nominee, Ryan has set the course for the Republican Party for the past three years, both on policy and in politics. From his post as chairman of the House Budget Committee, he has made himself not just a plausible national nominee but a formidable one by advancing and arguing for major changes in entitlement policy. 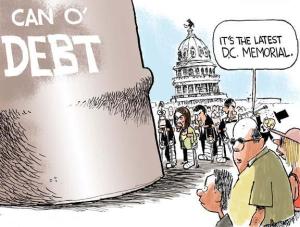 He has argued consistently that entitlement programs — Social Security, Medicare, Medicaid — are on an unsustainable trajectory. Left alone, they threaten to crowd out necessary government spending and throttle the private sector.

Few public policy experts, on the center-left as well as the right, disagree. But many politicians, certainly those in the Obama White House, shy away from confronting the entitlement crisis. Better to demagogue your way through one more election cycle and kick the can down the road.

What’s astonishing is that Ryan has persuaded his fellow Republicans to follow his lead. Almost all House and Senate Republicans have voted for his budget resolutions. And they have included his proposal to change Medicare, for those currently younger than 55, from the current fee-for-service system to premium support, in which recipients would choose from an array of insurers, with subsidies to low earners.

Republicans rallied to the Ryan plan during the nomination contest. Newt Gingrich was lambasted for calling Ryan’s budget right-wing social engineering, while Romney over time moved to embrace the basic elements of Ryan’s budget and Medicare reforms.

Ryan campaigned enthusiastically for Romney in the Wisconsin primary, and there was clearly a rapport between these two number crunchers. Romney would defer to Ryan to answer and has made a point of staying in touch with him after clinching the nomination.

As a number cruncher, Romney surely recognizes that Ryan knows federal budget policy about as well as anyone. And the sometimes politically tone-deaf Romney must admire Ryan’s ability, honed in hundreds of town meetings in his marginal congressional district, to explain his stances in a way that wins over ordinary voters.

Naturally, Democrats have attacked the Ryan plan as gutting Medicare and have produced an ad showing Ryan shoving a wheelchair-bound granny down a hill. They’re licking their chops at the prospect of running a Mediscare campaign against the Romney-Ryan ticket.

But it’s not clear that the Mediscare tactic will work when the issue gains great visibility, as it will from Ryan’s selection.

For Ryan and Romney can make the point — lost in the shuffle when this is a low-visibility issue — that their plan would leave the current Medicare system in place for current recipients and those who are 55 or older. Those who have made plans based on the present program could continue to rely on it. > > > READ MORE