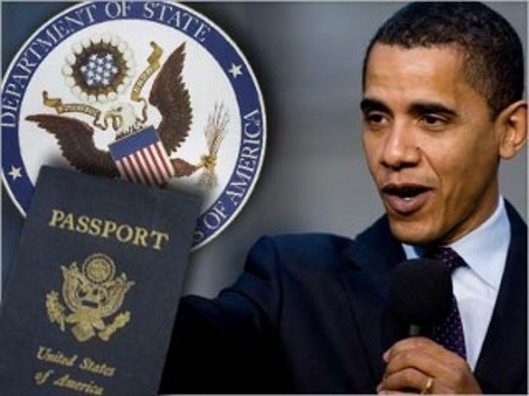 NOTE: Pay close attention to the offices and positions of the involved parties. This is amazing! In the absence of truth, mysteries swirl into theories and questions.

Back in March 2008, the State Department launched an investigation of improper computer access to the passport records of Barack Hussein Obama, and days later those of Hillary Clinton and John McCain. The investigation centered on one employee: a contract worker for a company that was headed by John O. Brennan who was a key Obama campaign adviser and who later became assistant to the president and deputy national security adviser for Homeland Security and Counterterrorism. (underline bb)

Then, a month later, the key witness in this case was murdered. Leiutenant (sic) Quarles Harris, Jr., 24, was shot in the head in his car, in front of his church. (accidently?)

During the 2008 presidential election, I ran a number of stories at my website, AtlasShrugs.com, on the breach of Obama’s passport. Fast-forward to four years later, and there is no new information. Why is this murder case not being pursued? Who at the State Department is covering up Obama’s passport breach? Lt. Harris told federal investigators before he was murdered that he received “passport information from a co-conspirator who works for the U.S. Department of State.” What became of the “co-conspirator”? Why wasn’t he/she brought to trial?

I always thought that the perpetrators rifled through Clinton’s and McCain’s files to make it look as if they were looking for dirt on all three, but that it was Obama’s passport records that they were actually interested in accessing. Thus, secondarily, almost as an afterthought, there were “violations” concerning Clinton and McCain. For who stood to gain from a tampering, and why? 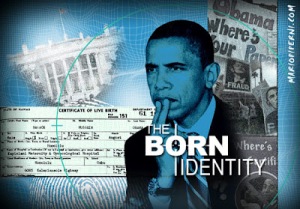 There is no way to tell what might have been done to Obama’s passport records by those who accessed them. Key information could have been altered or destroyed. On April 8, 2008, after the breach became public, Obama confessed to having taken a trip to Pakistan in 1981. The then-candidate said: “I traveled to Pakistan when I was in college.” Journalist Jake Tapper was surprised and said: “This last part — a college trip to Pakistan — was news to many of us who have been following the race closely. And it was odd that we hadn’t heard about it before, given all the talk of Pakistan during this campaign.”

Did Obama confess to this trip, which he doesn’t mention in either of his autobiographies, because of the passport breach? While the oft-repeated charge that Americans were forbidden to travel to Pakistan in 1981 appears to be false, questions remain about why Obama took the trip at all, and what he did there. Indian counterterrorism expert Bahukutumbi Raman asked pointed questions about this trip:

Why did he keep mum on his visit to Pakistan till this question was raised? Has he disclosed all the details regarding his Pakistan visit? Was it as innocuous as made out by him — to respond to the invitation of a Pakistani friend or was there something more to it? As I read about Obama’s visit to Pakistan in the 1980s, I could not help thinking of dozens of things. Of the Afghan jihad against communism. Of the fascination of many Afro-Americans for the jihad. Of the visits of a stream of Afro-Americans to Pakistan to feel the greatness of the jihad. Of their fascination for Abdullah Azzam[.]

It bears noting that John Brennan has made some incredible pro-terror remarks — some in Arabic no less — about the beauty of jihad.

Raman acknowledged that these were “morbid” speculations but said they were “understandable when one has a feeling that one has not been told the whole story, but only a part of it.” > > > READ MORE

ADDITIONAL NOTE: If one isn’t enough, Globe – Obama Caught Up In Gay Murder Probe It’s the mainstream media’s coverage of these mysterious situations that fascinates me, too? How about you?