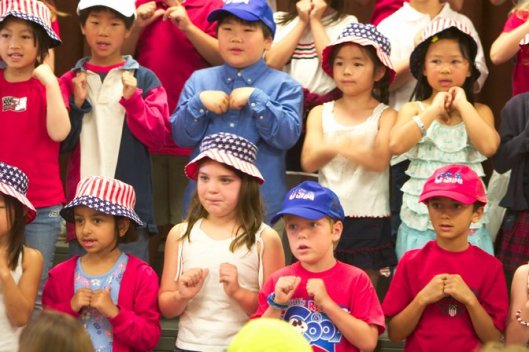 This Land is Your Land?

It was January 18, 2009, and 500,000 people huddled in the cold to watch a concert on the steps of the Lincoln Memorial two days before the inauguration of Barack Obama. They were treated to the words of some of our great actors and musical artists, people such as Tom Hanks, Denzel Washington, Beyoncé, and Bono. They were even treated to words from the president-elect himself.

As the event came to a close, Pete Seeger and Bruce Springsteen led the crowd in a rendition of Woody Guthrie’s “This Land Is Your Land,” a song most of us think we know, but don’t — a song we love, although we might not if we knew why the song was written and what the song is really about.

And what the man who wrote the song was about, too.

What most Americans don’t know is that Guthrie didn’t like Irving Berlin’s “God Bless America” and wrote “This Land Is Your Land” as a rebuttal. 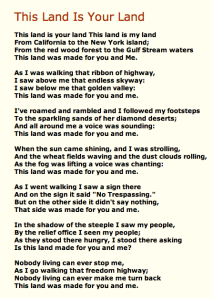 What most Americans also don’t know is that Guthrie didn’t like his own country and wanted to fundamentally transform it along the lines of his heroes, Marx and Lenin.

And what most Americans had never heard until that day in Washington, D.C., was a stanza that is typically left out of public presentations of “This Land Is Your Land” because it is so radical. The lines are as radical as the writer himself, who dedicated his life to the overthrow of capitalism and private-property rights.

Hope and change were in the air that cold winter day, and Seeger and Springsteen figured it was time for America to hear the rarely performed stanza.

There was a big high wall there that tried to stop me,
A great big sign there said, “private property”;
But on the back side, it didn’t say nothin’;
That side was made for you and me.

No wonder we’ve never heard that stanza. It changes Guthrie’s song from a celebration of America into a bitter indictment of a nation built on unjust private-property rights.

It’s odd that Springsteen made this choice. He lives in Rumson, N.J., a Jersey Shore enclave where the average home goes for a working-class price of $1 million. Springsteen also owns a 200-plus-acre New Jersey farm that he uses as a tax dodge. Add to the mix his intellectual-property catalogue, which generates millions in royalties each year, and the Boss is one of the wealthiest property owners in America.

But back to Woody Guthrie, and — as the late Paul Harvey liked to say — the rest of the story. This is the story you didn’t hear this past weekend during the endless encomiums to Guthrie as the Left celebrated his 100th birthday. 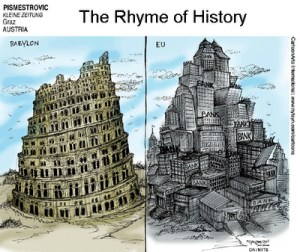 Progress, far from consisting in change, depends on retentiveness. When change is absolute there remains no being to improve and no direction is set for possible improvement: and when experience is not retained, as among savages, infancy is perpetual. Those who cannot remember the past are condemned to repeat it.
-George Santayana

As Will Kaufman points out in his book Woody Guthrie, American Radical, the folksinger was not driven by progressive abstractions; he dedicated every part of his life to promoting economic, social, and racial equality for all, and he did so by pushing for a dramatic transformation of America itself.

For Guthrie, Kaufman explains, it was all about the proletariat and bettering the condition of the average worker. “I never sing nor play one single word or note that is not for the help of the working classes to know more, feel better, rise up, and to own and control this world that they have built,” Guthrie said.

But it was the means to that end that made Guthrie a radical. He wanted America to follow the Soviet model of government ownership of the means of production, wherein central planners and bureaucrats distribute the wealth for all workers to enjoy.

Along with the thousands of songs Guthrie wrote, he penned columns under the title “Woody Sez” for the People’s World and the Daily Worker, both papers published by the Communist Party USA. And although there is no evidence that he ever joined the Communist Party — Guthrie was too much of a vagabond and general crank to join a club that would accept him as a member — he even managed to shower Soviet dictator Joseph Stalin with praise.

Guthrie was the first musical icon of the 20th century to make it cool to sing songs about the workers’ revolution, ushering in the later tunes of Phil Ochs; Joan Baez; Billy Bragg; Jackson Browne; Crosby, Stills and Nash; Green Day; and the Clash.

Guthrie was protest music’s Che Guevera; his weapons were a pen and guitar, not a gun.

Kaufman’s book chronicles Guthrie’s close ties to Communist Party activists, and the frustration he encountered studying Marxism. Guthrie couldn’t get past the theoretical nature of the material. In his copy of Lenin’s Theory of the Agrarian Question he scribbled a note that he wished he could “make all the thoughts of Marx and Engels and Lenin and Stalin and Wilkie and Roosevelt and Earl Browder fly down and roost in my brain.”

But despite his difficulties understanding the texts, Guthrie was committed to bringing the work of Karl Marx to the general public. Indeed, in his personal copy of Capital, he wrote: “Will memorize contents in a week or so. . . . I’d like to try to write all of these things down in short words.”

If only Guthrie had studied the Pilgrims’ experiment with collectivism, he could have saved a lot of time. He would have learned that we gave Marxism the college try back in Plymouth, Mass., and things didn’t end well.
In the early years of the Pilgrim experiment, the community farmed and harvested as a collective. No one owned the livestock or the land they tilled. But, as the Pilgrims soon learned, when no one owns anything, everyone owns nothing, because nothing gets done.

The crop yield dropped to a dangerous low, and the animal-husbandry operation nearly failed. Most people think that the Pilgrims suffered primarily from tough weather and tougher land conditions. But what really threatened their lives was bad public policy based on a bad idea. > > > READ MORE