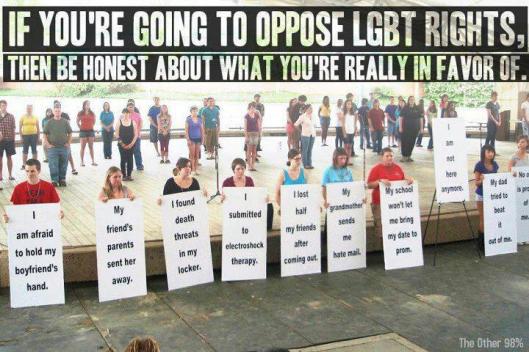 Cards on the table: The banter back and forth about gays doing this and the repeal of DOMA (Defense of Marriage Act) and DADT (Don’t Ask, Don’t Tell) have our American culture in an uproar – which is EXACTLY what the current administration wants. Contrary to his promises during his 2008 campaign, President Obama has divided our nation more than any previous leader. Not only are we Democrats v Republicans, but we are Left v Right, Black V white, Rich v not rich, white collar v blue collar, “religious” v atheist, Pro-life v Anti-life, Male v Female, and gay v straight. There seem to be no end to the issues he can raise to divide us further. His staff and supporters are working overtime to make the gay v straight issue into a major distraction from the genuine issues our nation faces, so I thought I’d take the bull by the horns, so to speak, and put my cards on the table – all of them!

FIRST: I am a student of both the Bible and human nature. As such, I believe I have a pretty clear understanding of what the Bible says about marriage and about homosexuality. basically, God loves marriage, but he hates homosexuality. 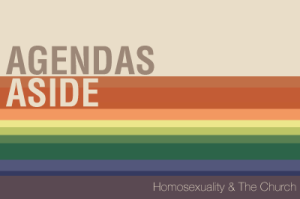 HOWEVER, and here I want to specifically address Americans of the Christian faith (including Catholics). It is my opinion that WE are responsible for the guile that often spews forth from liberals. Because many “Christians” fail to make a clear distinction in word or deed between the ACT of homosexuality and the INDIVIDUAL who lives by this lifestyle, we have built a reputation of hypocrisy! We SAY God loves, but WE do not exhibit this love except when it is convenient. FACT IS God loves each and every gay an lesbian man or woman as much as He loves you and me! That’s FACT! Why do we, as believers, fail to demonstrate this truth? Is it fear? Is it arrogance? Whatever it is, it is among the most destructive energies on earth! Rather than embracing individuals, often those rejected by society, Christians beat them up with the Bible verses condemning them to hell. Such love! Is it any wonder they spew hatred back at us?

SECOND: As far as I am concerned, we are all in the same boat – sunk without the grace and mercy of God! None of us are perfect, as described by Scripture. None of us can change any seck of our character and personality without the assistance of God. If I have an anger issue, I can get therapy or practice self-discipline, and the best I an hope for is some small improvement. God is the One who changes us, little by little, in HIS time and in HIS way. A gossiper is just as separated from God as a homosexual. A fornicator is just as separated from God as a thief. An unloving-Christian is just as displeasing to God as an adulterer. We are encouraged NOT to judge one another, but by our FRUIT (Mt 7:1; Gal 5: 16-26; 1 John 4: 7-21; Rom 3: 23; Rom 5: 6-8; Rom 6: 23,) but rather to love one another. If Christians were better at this, many, many things in our society would be much improved!

THIRD: Acceptance is a whole different matter! Again, there is a distinct difference between accepting the PERSON and accepting the behavior. As with ANY and EVERY sinful behavior, the first step is admitting it is sin. This is where gays today get hung up. Guilt is a tough thing to live with, so many have decided it is … “fair! God must have made some people gay.” Whether this is true or not remains unclear, but I have my doubts. It is certainly true that gays have been around since the earliest cultures, but always as a “fringe” element. Never until now have homosexuals tried to change their behavioral status to “normal.” Political pressure from the liberals have created an aggressive agenda to forward the issue of homosexuality as a valid alternative lifestyle choice. In response, at least one researcher has “changed” his opinion. Researcher apologizes for study of gay therapy. This President has turned around several policies that maintained the distinction between acceptance of the people (as in DADT) and the behavior, but we are seeing individual states defining MARRIAGE as, by definition, a union of 1 man and 1 woman – to date, more than 30 states have added this to their books.

What happens in my bedroom (or not) is no one’s business but mine and anyone I choose to be with. That is my bottom line. As far as the government is concerned, as far as taxes or benefits, or pensions, or … whatever, what matters most to me is the reservation of my Privacy! The LGBT movement is NOT about privacy. It is about endorsement! The social stigma under which they often live weighs heavy, and endures much in the way of harassment and bullying. (Again, if Christians handled it correctly, this would not be so!) To make up for this, they want the mainstream population to endorse their lifestyle as normal. This explains the aggressive agenda within our schools for children as young as kindergarten!

Just seems to me things would be a whole lot better if we would grow up and learn to differentiate between the behavior and the individual! All any one wants is to be accepted, right?

2 thoughts on “Another Inconvenient Truth”