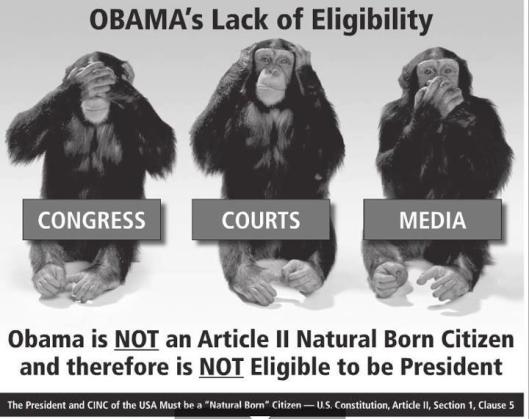 Most of us accept this is true. No birth certificate, no draft registration … no school or personal records … no Social Security number … not even former girlfriends or boyfriends!

November 6, at the Polls nearest you!

NOTE: The point has been made that this is the fallout from the debt ceiling negotiations last summer. Remember how medicare was supposed to be slashed AND defense budget cuts. Well, ok, I’ll buy that EXCEPT, there is sufficient waste within the DOD – surely the cuts could have fallen in other places – other than the laps of our enlisted service members. AND … so WHERE ARE THE MEDICARE CUTS to balance the defense budget cuts? The overall object is to at some point in the believable future to achieve a balanced budget and stop spending beyond out means!!!!!

In a blatant act of hypocrisy the Obama Administration plans to cut health benefits for active duty and retired military personnel but leaving unionized defense workers at current levels.

Bill Gertz reported at the Washington Beacon, that Congressional Republicans are saying this is a blatant attempt to force military servicemen into Obamacare.

“The proposed increases in health care payments by service members, which must be approved by Congress, are part of the Pentagon’s $487 billion cut in spending. It seeks to save $1.8 billion from the Tricare medical system in the fiscal 2013 budget, and $12.9 billion by 2017.”

This is a plan that is sure to enrage Congressional Republicans and cause a big fight on Capital Hill.

Military personnel would see their annual Tricare premiums increase anywhere from 30 – 78 percent in the first year, followed by sharply increased premiums “ranging from 94 percent to 345 percent—more than 3 times current levels.”

“According to congressional assessments, a retired Army colonel with a family currently paying $460 a year for health care will pay $2,048,”

Pharmaceutical benefits for military personnel would also increase under the proposed plan.

Although military families have long had to deal with low salaries and rough working conditions, solid health care benefits has always been a draw to career soldiers. The military is worried this is going to hurt recruitment and retention.

“Veterans will also be hit with a new annual fee for a program called Tricare for Life, on top of the monthly premiums they already pay, while some benefits will become “means-tested” in the manner of a social program – treating them like welfare instead of benefits for military service. Naturally, this is all timed to begin next year and “avoid upsetting military voters in a presidential election year,”

Next month there are going to be hearings about the new health care rules and opposition to the policies is already building. The VFW, one of the largest military organizations in the country, has “called on all military personnel and the veterans’ community to block the health care increases.”

Others are concerned about the double standard being set between uniformed military personnel – who are not unionized – and civilian defense workers who belong to public sector unions.

According to a Congressional Aide,

“We all recognize that we are in a time of austerity. But defense has made up to this point 50 percent of deficit reduction cuts that we agreed to, but is only 20 percent of the budget. The administration is asking troops to get by without the equipment and force levels needed for global missions. And now they are going to them again and asking them to pay more for their health care when you’ve held the civilian workforce at DoD and across the federal government virtually harmless in all of these cuts. And it just doesn’t seem fair,”

“We shouldn’t ask our military to pay our bills when we aren’t willing to impose a similar hardship on the rest of the population. We can’t keep asking those who have given so much to give that much more,”

McKeon will be joined by some 5 million members of 32 military service and veterans groups, according to retired Navy Capt. Kathryn M. Beasley of the Military Officers Association of America, who called the plan “a breach of faith.”

Do you think the Obama Administration is showing a real double standard in the way they treat unionized and non-unionized workers?