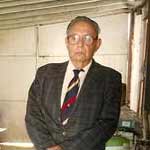 Early one Saturday morning, 70-year old retired Air Force reservist and former state employee Joe Del Rio was awoken by a knock on his front door. It was the city of Austin’s local code enforcement team. One of the agents told Mr. Del Rio that he needed to speak to him right away.

After getting dressed Mr. Del Rio went and opened his front door. He was immediately bum rushed by the Austin Police Department’s SWAT Team and then detained and interrogated for over 10 hours.

What was this 70-year old mans crime?
It seems that the Mr. Del Rio had an underground bunker, and apparently in Austin, Texas that enough to have the SWAT team storm your home and hold you at gun point.

The bunker in question was previously built as a bomb shelter during the cold war. Mr Del Rio had recently renovated part of the old fall out shelter and had been using it as a makeshift workshop. 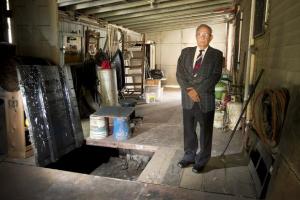 After his ordeal of being detained at gun point, Mr. Del Rio’s problems were far from over. First, the city fenced off his home and prohibited him from entering the residence. They then brought in contractors and completely filled in his entire basement and bunker with 264 tons of concrete.

To add insult to injury the city then sent Mr. Del Rio a bill for $90,000 in repairs, that they say were critical to make his home safe. Shortly later the City seized his property without a penny of compensation. Mr. Del Rio is now in the process of trying to sue the city for what he says is an unconstitutional seizure of his property. MORE HERE 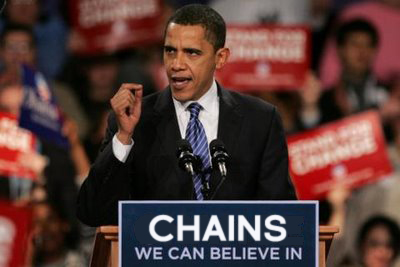 BHO USED HIS PERSONAL RELIGIOUS BELIEFS to manipulate his followers to support his notion that the RICH pay “their fair share” in taxes. Give Me Your Money in the Name of Jesus! The “rich” as he defines them, are those making an income of $250,000 or more annually. Let’s examine this idea a little more closely.

What is the REASON, the justification, he uses for this increase in taxes on the so called rich? The ever-multiplying national debt seems to be of no account to him:

Meanwhile, he continues to undercut our manufacturing interests with extravagant regulations designed to cripple, for example, the fossil fuel industries ( coal & natural gas,) He shot down the Keystone pipeline with bogus excuses while preaching to his hypnotized followers about jobs being his top concern!

Some suppose Jesus was a communist. Absolutely, without a doubt, UN-TRUE! Jesus, if you study his life & ministry, was (and continues to be) all about empowering the individual to reach for and run toward their individual dream. The only thing Jesus ever said about government was to “render unto Caesar what belongs to Caesar!” (Mk 12: 13-17) Jesus stated the poor would always be with us (John 12: 1-7), and he encouraged individual believers to cloth the naked, feed the hungary, and the like (Mt 25: 34-40). Jesus understood the function of government, and he placed the duty or responsibility of tending the needs of the poor squarely on the CHURCH (James 1:21-27)! 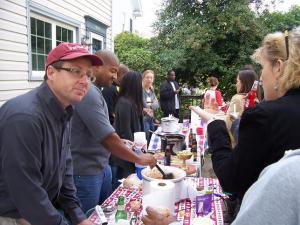 Jesus taught “sharing” of personal wealth, not as a mandated government action, but as a personal demonstration of faith-in-action! “Bear one another’s burdens, and so fulfill the law of Christ.” (Gal 6: 2) Raising taxes on our wealthiest Americans will not solve our homeless problem or our national debt problem. It merely SOUNDS like compassion, but is a ploy to elevate the ruling political elite over the multitude of people. It is a POWER play, my friends.

Let me leave you with this thought. As much as none of us relishes hard times and struggles, still we KNOW good comes from our struggles. Character is born and nourished in the furnace of affliction! Everyone had dark times, but they do NOT last forever! This too shall pass! In the meantime, it is time for us to re-learn what being “Neighborly” is about, and practice it!

I just had a great idea! I’m going to send out invitations to my neighbors to bring a covered dish to my yard on one day in June for a Neighbors’ Day Celebration! What do you think? You can come, too! If WE learn how to be neighbors again, we can release the government from that obligation. The government won’t NEED to take care of us any more. WE will take care of one another!