Milepost 1422 in Delta Junction, Alaska. The road to the “High Places!”

There is one portion of the Bible that comes to mind as I peruse today’s headlines:

25 See that you do not refuse Him who speaks. For if they did not escape who refused Him who spoke on earth, much more shall we not escape if we turn away from Him who speaks from heaven, 26 whose voice then shook the earth; but now He has promised, saying, “Yet once more I shake not only the earth, but also heaven.” 27 Now this, “Yet once more,” indicates the removal of those things that are being shaken, as of things that are made, that the things which cannot be shaken may remain.
28 Therefore, since we are receiving a kingdom which cannot be shaken, let us have grace, by which we may serve God acceptably with reverence and godly fear. 29 For our God is a consuming fire. Hebrews 12: 25 – 29

The Four Horsemen from Revelation 6

With the great disruptions going on around the world, the wars and rumors of wars, it clearly is a sober time. A time to get a handle on what is happening and why. Strangely, in simple terms, the answer is the same for both questions. What is happening? Sin is playing itself out. Why? Because it is the nature of sin to destroy itself, i.e the one who sins.

Over the past few decades, individual Americans (Individuals in other nations as well, but for the purpose of this article, I’m limiting the scope to America.) have deliberately chosen the “easy” way, the way of least resistance, and this way has now become the politically correct way. Virtue is hard. It takes a lifetime to achieve it, if in fact, it is ever achieved. Character must be built, forged in the furnace of affliction, and who wants that? And after all, we all know the “nice guy finishes last!” “It’s a dog eat dog world out there, so you have to take care of #1.” 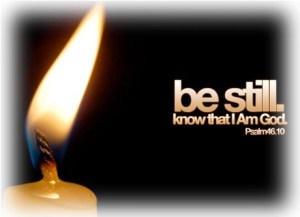 There is still a God. He is still holy. He still abhors sin. He did not create sin, but he gave us the choice – the Author and Designer of FREEDOM – to do things His way, which were clearly the best for all concerned, or do things our own way and find out the hard way that His ways are the best. It is still our choice, and we continue to make poor choices. Sin is playing itself out because sin always, always, always pays a price. There are always consequences for our decisions. Don’t hear much about that these days. We hear about debt, and budget, about entitlements and government programs. Don’t hear much about consequences. We hear about condoms and contraception, about abortion and Viagra, not so much about AIDS and other STD’s or the statistics of unwanted pregnancies. OLD-FASHIONED? Whether you’re a literalist or a figurativist, it didn’t take long for sin to break the peace of the Garden of Eden. Sin is as old as the hills. Nothing new about it, but its acceptance as the appropriate way to live. Nothing new about sin. It was around for a long time before the Remedy for sin arrived in the manger in Bethlehem.

I never really dug deeply into the course “End Times” might take, and how it might present itself to those living at the time. I figured, if my life was lined up, as best I can manage, with my comprehension of the Bible and who I know Jesus to be, somehow He would get me through any “tribulation” that happened my way. Do with this information whatever you choose. Think what you will.

The section of Scripture above talks about a cataclysmic shaking. Not talking about global warming here, but God permitting the dramatic shaking of the heavens and the earth … so that what CAN be shaken will fall away. We all have things, situations, habits in our lives that will fall away because they can. The question is, what will be left? Supposing this actually happens, is there anything in your life that CANNOT be shaken? Houses and cars can be shaken. Families can be shaken. Churches can be shaken. The only things that cannot be shaken are things built into our lives by God. Character is one of those things. Virtue is something that can carry us through difficult times. 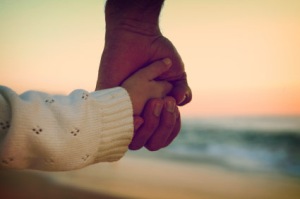 Some believe a horrible testing is coming to America. The deep, deep turmoil not only in the United States, but globally, is somewhat unnerving, for sure. The breadth and depth of the dramatic, yet gradual rise in sinister malevolence in America extends far beyond mere human capability. The growth of brutal Islam, the decline of morality, and respondent rise in amorality and anarchy mixed with the current political and economic imbalances make the world ripe for global One-World salvation lead by the Anti-Christ (whomever that might be). Many other signs are in agreement with “End Times” indicators. (Check links below for more information on End Times.) If it means anything to you, the one thing I know about the Return of Jesus is that he is coming for his spotless Bride – the Church. I don’t know about each and every local assembly, but clearly the CHURCH is not ready yet. She’s still got lots of spots!

The evil that is spreading across the globe is NOT politically motivated. It is not from the mind of men like Soros or from organizations like the supposed Illuminati. Think about it. It is too enormous for any one or any group to organize. It is too well planned and well implemented to be government run. It’s been systematically building over at least the last several decades. Like it or not, it is EVIL … unleashed from the bowels of the earth … for such a time as this. I do not have all the answers, but I am in touch with the only ONE who IS the Answer! Are you?

God is Love, and everything He does is motivated by the strongest, most enduring, most pure love you and I can possible imagine, and if He wants to test me further … He holds my hand wherever we go! No Matter What! And I’m no better than you! Not talking about the local church or synagogue. I’m talking about Jesus, the Christ.