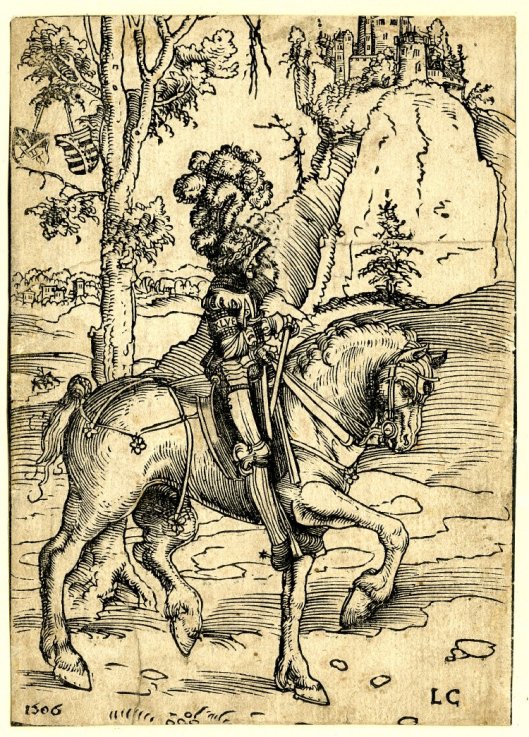 The brave, wandering knight sat atop his gallant steed drifting through the thick forest. He sought not a battle, nor the glory one imagines, but the quiet of a soft green clearing. He’d been riding for days, or maybe weeks. He was no longer certain, but the fighting was done, for now, and he sought a moment’s repose.

By an all but hidden stream he camped. He fed and watered his horse, then he walked an unmarked perimeter to stretch his legs, weary from long days in the saddle, and hunt for something worthy of his hunger. He lay down and slept, after munching on a few berries. In his sleep, he dreamed.

On the trail of an escaped villain, he easily followed the trail of blood. The villain was wounded, how badly, he could not tell. Miles he followed the broken branches and footprints into the forest, but no villain did he find. He did happen upon an old campfire, though, with the carcass of an animal still on the spit. Not warm, but not there long enough for the wild things to apprehend it.

Off to one side of the camp was a ditch several inches deep that ran wit a thick liquid he at first thought was blood. “That’s not blood.” he whispered aloud, relieved to discover the same. “Just thick, muddy water that’s been poured away from the camp. It seems our villain was not alone here. Perhaps this was a meeting place.”

Determined, he broke the string of his thought with purpose. He dare not imagine a pack of villainous lions prowling across the landscape unchecked. “All this time I was wrong!” He cried out tot he heavens in mourning for those, his companions, whose lives had been forfeit. He stood quietly and gazed into the forest. Perhaps, he had dumbly stumbled upon his destiny. Perhaps, he, too, would meet up with others to share his burden lest he be another in the broken string of heroes bringing villains to justice.

INSPIRATION MONDAY is the brainchild of BEKINDREWRITE, and every week puts forth quite workable prompts to inspire our creativity! Join us, won’t you?