These videos have gone “viral”, so I hope you … enjoy them! 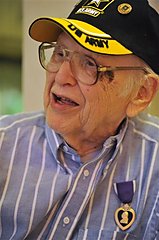 PITTSBURGH (KDKA) — The Battle of Okinawa was the bloodiest conflict of the Pacific campaign near the end of World War II.

American forces struggled to take the island from Japan in the spring and summer of 1945. One of the wounded was an Army sergeant from Squirrel Hill named Aaron Narvol.

“All of a sudden a burst of fire came out,” he recalled during an interview with KDKA’s Dave Crawley in his Squirrel Hill apartment.

When a fellow soldier was hit, Sgt. Narvol quickly tied a rope around him.

“I started to run with the rope,” he said. “Then, the gunfire blast came and knocked me on my rear end.”

Though his comrade didn’t make it, Sgt. Narvol earned a Silver Star for bravery. But a severe leg wound ended his military service. 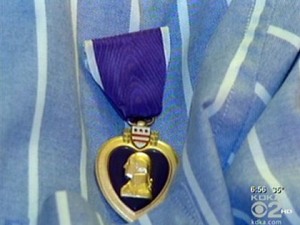 When he came back to Squirrel Hill, the war hero took jobs as the counter man at the former Weinstein’s deli and later the Murray Avenue Kosher market. Customers know him affectionately as “Jumbo.”

He says part of him remains on that island. READ MORE