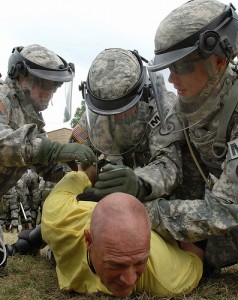 The Senate is set to vote on a bill today that would define the whole of the United States as a “battlefield” and allow the U.S. Military to arrest American citizens in their own back yard without charge or trial.

“The Senate is going to vote on whether Congress will give this president—and every future president — the power to order the military to pick up and imprison without charge or trial civilians anywhere in the world. The power is so broad that even U.S. citizens could be swept up by the military and the military could be used far from any battlefield, even within the United States itself,” writes Chris Anders of the ACLU Washington Legislative Office. 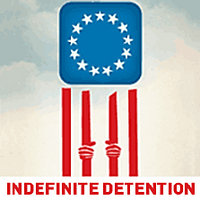 Under the ‘worldwide indefinite detention without charge or trial’ provision of S.1867, the National Defense Authorization Act bill, which is set to be up for a vote on the Senate floor this week, the legislation will “basically say in law for the first time that the homeland is part of the battlefield,” said Sen. Lindsey Graham (R-S.C.), who supports the bill. CONTINUE READING

For once, the ACLU has it RIGHT!!! 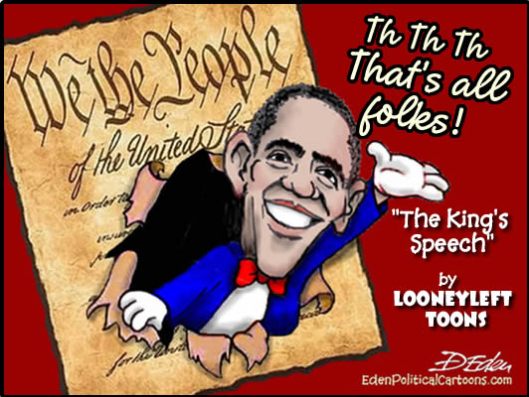 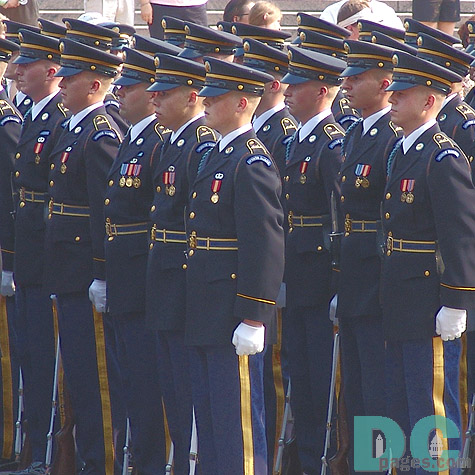 The U.S. Army "rank and file" march down Constitution Avenue.

As an article I posted several weeks ago stated, The Federal Reserve is one of the most dangerous corporations to the sovereignty of the United States that is out there. There is new information coming from a Wall Street Insider speaking about how he and others who helped get Obama elected feel about what he is doing and has done. This guy is positive that Obama or someone in his Department of Justice is going to attempt to unionize the United States Military before Obama leaves office. I pray I am not the only person that this idea scares. Our military forces were formed to protect the citizens of this country from all foreign entities who would try to destroy this country. I also understand that our military as well as our National Guard troops are suppose to be here to protect us from our outside enemies as well as our internal enemies.

With this knowledge why in the world is our Congress sitting back and allowing a known union thug, like Jimmy Hoffa, Jr, to call for out-and-out war between his union followers and the citizens of this country? Is this one reason Obama and his handlers are going to push the unionization of our military? So the citizens of this country will be forced to cooperate when the time comes for their take-over of our government totally and completely? I believe it is! Once the military is unionized they can force out the people who refuse to be in that type of union and replace those people with their followers who are more than willing to kill or imprison the citizens of America simply because we disagree with what direction this administration and others are trying to force us to accept.

There are already far too many Senators and House of Representatives of our Congress who are members of the Democratic Socialists of America organization. If that doesn’t tell the regular people out in our country that are hanging onto their “old Democratic” party mindset, that their party is no longer “their” party, I don’t know what will. Maxine Waters is caught on tape (video below) making the statement out of her own mouth….. Did you notice how red Steve Cohen’s, (D-TN) ears turned, he’s sitting to her right and how he hid himself behind her when he realized the camera was on him? Then the assistant to his right was snickering under her hand? Mrs. Waters was stammering because she knew good and well she had let the cat out of the bag and was flustered just enough to not be able to regain her composure right away. Mrs. Waters as well as Mr. Cohen are both members of the Democratic Socialists of America. And they both state that they are proud members of the DSA! CONTINUE READING 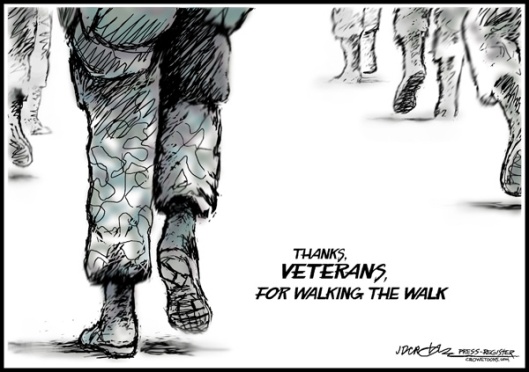 Being a Vet and the mother of an active duty deployed soldier, my heart (and mind) is drawn to stories concerning our military members. One, is a story of a discharged Marine, Jose Guerena Ortiz, brutally murdered by a local SWAT team for no real reason. The other, is little more than a “Libertarian” rant against the military in general, and his notion to close our various (and many) international bases around the globe as a means to reduce military suicide. 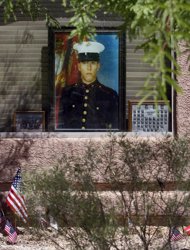 We have two related topics vying for attention as they concern our military. One topic is the apparently increasing evidence of rogue local law enforcement in violation of individual rights. This honorably discharged Marine responded as any reasonable American might, armed with his 2nd amendment rights, he took up arms to protect his home and family … and paid for it with his life. How about a little COMMUNICATION here, folks! You better believe, if someone showed up at my home brandishing a weapon, mine would be in my hands, too! Perhaps our valiant local police (for which I’m very grateful!) simply need to be reminded of our right to bear arms as private citizens? SWAT team’s shooting of Marine causes outrage [Jose Guerena Ortiz]

Then there is the issue of our military involvement in foreign nations. This issue is tougher. Theoretically, it goes back to the Biblical story of Cain and Abel and the ethical question of, “Am I my brother’s keeper?”

In the last few decades, since the end of WWII, the US was arguably the most powerful nation, with the Soviet Union a close second. Seemingly every little skirmish abroad brought the US in to settle the dispute, rather as a referee. However, it seems that as our military might has slowly declined, the part the US plays in these disputes has changed. No longer are we the adviser or coach along the sidelines, but our “Supersized Military role” has become more inclusive and intrusive. While I in no way agree with the total and complete recall of all our troops in foreign lands, I do believe it a wise thing to RE-EVALUATE the strategic placement of troops to protect American interests abroad. Since America sits on plenty of untapped domestic oil, it may no longer behoove us to play watchdog over the oil in the Middle East. However, since Israel is our #1 ally, we may wish to have some presence nearby to back them up in time of need.

I am not fluent in the knowledge of how many troops are where doing what, but I imagine cutbacks could certainly happen in this arena. Fewer, but larger strategically placed bases to use as refueling points or humanitarian drop sites and even as field training zones are reasonable. I’m thinking of Germany, though, and the dozens of bases from hundreds of thousands of soldiers to those with just a couple hundred. Are they really ALL necessary? Again, it seems like a logical and feasible place to implement military cuts. 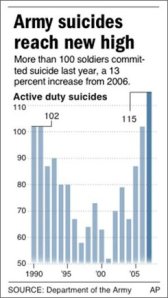 Cuts do not address the suicide issue, however, but clarity of mission, would. The general and simplistic reason for suicide is low morale. There are a number of variables in the equation of a healthy psyche. If our military mission is simply, and clearly to protect and defend the US borders and the US interests abroad, deployed soldiers would KNOW why their deployment was valid and meaningful. One variable. We all function better when we have an understanding of what’s going on. Today, the glue that holds these troops together is a very basic loyalty to one another, not necessarily to the US or to the vague and politically motivated, and ill-stated mission.

Another variable is the political slant to military involvement. POLITICIANS CANNOT WAGE an EFFECTIVE WAR! Politicians decide when, where and who … the military leaders take it from there! It was during the Vietnam era that the media became a vital military weapon, unfortunately, usually used against our own troops. The riots and demonstrations of the 60’s and 70’s sucked the morale from the troops and disrespected their lives and their deaths. By showing and telling the ugliness of real war, they may have hoped for something good to come of it, but that’s not what happened.

In recent years, the media has been more subtle in its approach. While questioning the intent of the wars under the Bush era, they’ve all but ignored the conflicts entered into by the Obama administration. On more than one occasion, I have witnessed the burden media members put on battle-alert soldiers who are made responsible not only for their own troops, but also the non-military trained reporters who seek the journalistic goldmine in the heat of battle. Get them out of there!!! They can sit safely back at HQS and await the soldiers’ tales! We (the public) can’t handle the TRUTH of battle! Honestly! Public opinion is not an effective weapon either!

What constitutes American military involvement abroad? Which buttons must be pushed to ignite military activation? If I’m not mistaken, the answers lie in the US Constitution! 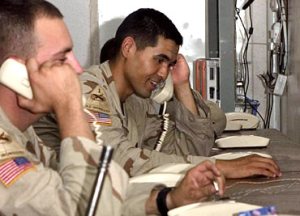 BOTTOM LINE: War is NOT pretty. It is not glorious, but on occasion, it is necessary. It is inevitable that soldiers are parted from their loved ones for a given period of time. EVERYTHING should be done to limit the duration of these deployments and their frequency. Improvement in communication between deployed service members and their families and loved ones, though not necessarily the responsibility of the Armed Forces, should be seen as a vital morale link for non-profit organizations to fill. Upon RE-ENTRY AND REINTEGRATION, service members AND their families ought to have mandatory psych evaluations that consist of group sessions for, perhaps, as much as 6 months to unload unwanted, unneeded emotions, coping mechanisms, and psychological defenses and ease the “experience” gap many service members feel.

The most common sentiment I have seen is a horrific guilt the men and women carry for what they may have seen, heard, or done in a battle zone. Many are certain they have done absolutely unforgivable things. These soldiers must be told repeatedly that rules are different in war. Since troublesome thought patterns or issues are often difficult to detect, routine supervised group de-brief/chats should extend for several months upon re-entry whether the service member is discharged or not.

CONCLUSION: As long as men are men, war will exist because one will always want what the other possesses. Whether on the individual scale, corporate scale or the national scale, that’s what war boils down to. GREED!