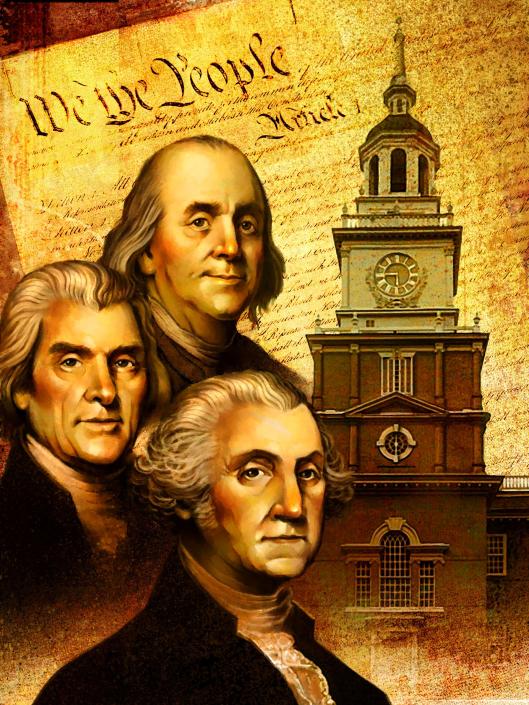 What has been will be again,
what has been done will be done again;
there is nothing new under the sun.
Ecclesiastes 1:9 NIV

I am of the opinion that history is ever important today. Our Founding Fathers were extraordinarily wise in their drafting of our Vital documents. It is OUR responsibility as citizens to have some understanding of the documents and the unique string of events that lead to the birth of the American nation. For this reason, I’m posting a simple list, with at least one informative website for each event or document. Please, take advantage of all that is America and educate yourself.

2. St Augustine – the city that was never conquered

3. Plymouth Colony (1620) – first “American Literature” came from here: Bradford’s journal called Of Plymouth Plantation is the earliest piece of literature written on the American continent. Other great literature came from these early settlers.

5. Boston Massacre (1770): On the cold, snowy night of March 5, 1770, a mob of American colonists gathers at the Customs House in Boston and begins taunting the British soldiers guarding the building. The protesters, who called themselves Patriots, were protesting the occupation of their city by British troops, who were sent to Boston in 1768 to enforce unpopular taxation measures passed by a British parliament that lacked American representation. CONTINUE

6. Boston Tea Party (1773): Group of colonial patriots disguised as Mohawk Indians board three ships in Boston harbor and dump more than 300 crates of tea overboard as a protest against the British tea tax (Dec. 16).

9. Continental Congress (1776) adopts the Declaration of Independence in Philadelphia (July 4).

12. Constitutional Convention, (1787)made up of delegates from 12 of the original 13 colonies, meets in Philadelphia to draft the U.S. Constitution (May–Sept.).

14. U.S. Supreme Court meets for the first time at the Merchants Exchange Building in New York City (Feb. 2). The court, made up of one chief justice and five associate justices, hears its first case in 1792. The nation’s first census shows that the population has climbed to nearly 4 million.

Obviously, there is much info on these topics to be found online and at your local library (thank you, Ben Franklin!) Please take the time to learn this stuff. Errors are made in ignorance, so let’s not be ignorant!

Once upon a time in this country we had a dream, a dream of freedom and of a future that was rich in possibilities. 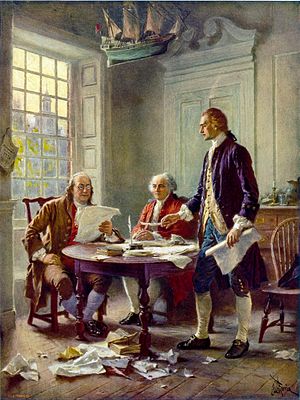 John Adams said “I first saw the Constitution of the United States in a foreign country… I read it with great satisfacation, as the result of good heads prompted by good hearts, as an experiment better adapted to the genius, character, situation, and relations of this nation and country than any which had ever been proposed…. I have repeatedly laid myself under the most serious obligations to support the Constitution…. What other form of government, indeed, can so well deserve our esteem and love?”

It was a dream that began with a few good people willing to stand against the tyranny of a despot like King George. We see the kind of tyranny that they were against laid out in the Declaration of Independence. We did not dream that one day we would face an usurption of powers by a lawless President driving us back into the arms of the very tyranny that we had fought to hard to escape. We did not give up the power that is vested in the Constitution. We have a man greedy for power and control, trying to force that change down our throats will lies and laws written by him without the consent of the governed or the Congress that we elected to represent us. READ MORE at LOOPYLOO‘s site

History that Applies to TODAY!

The Stamp Act was passed by the 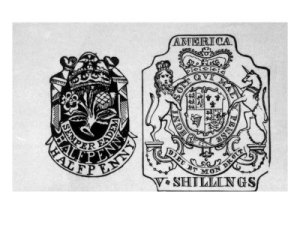 British Parliament on March 22, 1765 with an implementation date of November 1, 1765. The new tax was imposed on all American colonists and required them to pay a tax on every piece of printed paper they used. Ship’s papers, legal documents, licenses, newspapers, other publications, and even playing cards were taxed. The money collected by the Stamp Act was to be used to help pay the costs of defending and protecting the American frontier near the Appalachian Mountains (10,000 troops were to be stationed on the American frontier for this purpose).

The actual cost of the Stamp Act was relatively small. What made the law so offensive to the colonists was not so much its immediate cost but the standard it seemed to set. In the past, taxes and duties on colonial trade had always been viewed as measures to regulate commerce, not to raise money. The Stamp Act, however, was viewed as a direct attempt by England to raise money in the colonies without the approval of the colonial legislatures. If this new tax were allowed to pass without resistance, the colonists reasoned, the door would be open for far more troublesome taxation in the future.

OK >>> Is this striking anyone’s ears/eyes/brain the way it’s hitting mine??? Say, OBAMACARE? Say, the Obama Tax hikes? WHY? Come on, America, make the APPLICATION!!! 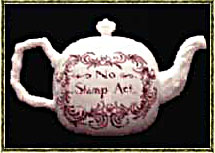 THE LOYAL NINE >>> The SONS OF LIBERTY 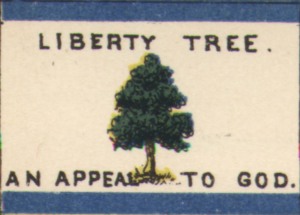 The ramifications of the Stamp Act affected almost everyone in the American colonies. The Stamp Act was in essence a tax on paper. The Stamp Act outraged colonists, and the Loyal Nine was formed with the intent of preventing the Stamp Act from taking effect. The Loyal Nine incited, organized, and managed mob rule in the streets of Boston to protest the Stamp Act. These Patriot mobs used tactics of fear, force, intimidation and violence to demonstrate against the Stamp Act, and they targeted pro-Stamp Act supporters and officials. The Loyal Nine organized these mobs by putting anti-Stamp Act pamphlets and signage all over the streets of Boston, hanging effigies of public officials and others who supported the Stamp Act. They are credited with the establishment of the “Liberty Tree” located in Boston’s Hanover Square. The “Liberty Tree” served as a central meeting place for speeches and a staging area for organizing street violence, protests, and demonstrations. The Loyal Nine identified the targets of the mobs and set strict boundaries about how far the violence could escalate on their intended victims. In secrecy, these “actions” were carefully planned, organized, and directed by the Loyal Nine. The intent of the Loyal Nine in the summer of 1765 was not independence, that notion was too premature; it was focused on the goal of repealing the Stamp Act.

So now, the unrest in growing in the Colonies because “Momma” Britain isn’t listening. Leaders begin to emerge and find one another. They begin to come up with ideas to think, to talk, to argue … what is the best way to deal with Britain’s unwillingness to listen to the complaints and needs of those living in the Colonies? 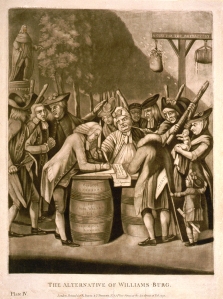 Outraged and wary of the British Parliament, a handful of brave rebel businessmen began to meet to discuss what might be done to stop or slow the tyranny under which they lived. They felt the British, especially with the STAMP ACT, were setting a dangerous precedent. These men became known, historically, as the Loyal Nine. Lest you fall into the mind-trap that a handful of people cannot make a difference, please read more …

Is there something in common here? The STAMP ACT – OBAMACARE, “FAST and FURIOUS,” Solyndra, 9% unemployment, soaring gov’t debt, unapproved executive orders, on and on the failures of the current President read like a bad Sci-Fi novel. Our greatest fears have come among us and made it to the White house! Now what? Dare we raise our voices? Dare we join together and voice our dissatisfaction? How can we not with the proud and brave heritage we share?

Is life so dear, or peace so sweet,
as to be purchased at the price of chains and slavery?
Forbid it, Almighty God!
I know not what course others may take;
but as for me, give me liberty or give me death!
~ Patrick Henry ~

US general booted for Afghan remarks 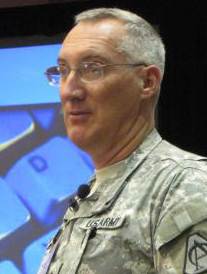 WASHINGTON — A top U.S. general in Afghanistan was relieved of duty Friday for “inappropriate public comments” after calling the Afghan government “isolated from reality” and President Hamid Karzai “erratic.”

He called Karzai “erratic” for recently saying Afghanistan would side with Pakistan if the latter declared war on the U.S.

“Why don’t you just poke me in the eye with a needle!,” Fuller was quoted as saying. “You’ve got to be kidding me … I’m sorry, we just gave you $11.6 billion and now you’re telling me, ‘I don’t really care’?” READ MORE