We are Patriots who love our nation. We love the Constitution just the way it is, thank you. We believe in fiscal responsibility, limited government and a free market.

We think the government is well defined in our Founding documents, but it has become too big for the population to support. Corruption runs rampant in career politicians from one end of DC to the other.

We are Red, White, Black, Yellow, Brown … all races, all creeds, all socio-economic levels.

The American Indian community demands an apology from President Obama to include U.S. Senate and House Of Representatives for allowing the code name “Geronimo” represent international terrorist Osama bin aden.
The association of Geronimo’s name to Osama bin Laden is yet another
degrading slap in the face to American Indians from another president and our federal government who waged an “unnecessary holocaust war” against American Indians in the forming of the America we have today. True American history shows Indians were never an enemy of this country. American Indians had every right to stand up for their true home land, way of life, freedom, civil liberties and right to self govern.

Quoting Jedediah Morse (Patriot and "Father of American Geography"): To the kindly influence of Christianity we owe that degree of civil freedom, and political and social happiness which mankind now enjoys. . . . Whenever the pillars of Christianity shall be overthrown, our present republican forms of government, and all blessings which flow from them, must fall with … Read More

via Samuel at Gilgal 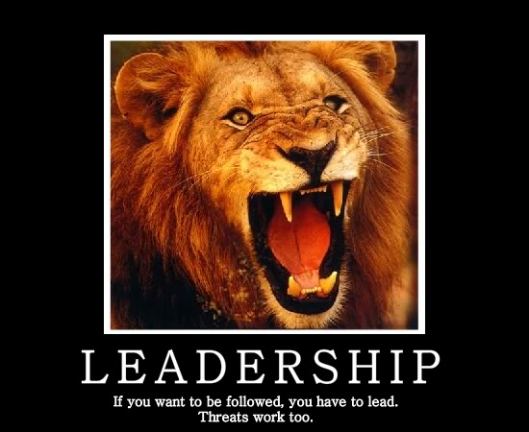 In Defense of Freedom
Article just over a year old, but … interesting, eh?

Attorney General Ashcroft began by asserting his belief that “the defense of America is tantamount to the defense of freedom. And freedom is worth defending.” He astutely reviewed his understanding of the definition of freedom, and how American exceptionalism plays a vital role in contributing and sustaining freedom around the globe.

He rejected the common argument that freedom and national security must be balanced. Rather, freedom is the highest value with no parallel. However, in order to maintain it, it must be secured. Therefore, the two are not counterweights to each other. Rather, national security protects America’s freedom, and ensures that freedom stays intact…

The former Attorney General also noted that America’s reckless financial conduct will have grave national security implications for future generations who might be unable to finance their defense. Moreover, if America reveals a lack of self-sufficiency to the world by becoming a debtor to the world, it signals America’s weakness. Funding national security should be one of government’s main priorities.

America’s current Attorney General, Eric Holder, appears to have no clear rules guiding his decisions in reference to which defendants go to a military tribunal versus a federal court. His decisions appear to be arbitrary and capricious. Though he is the head of the Department of Justice, national security does not seem to be his paramount priority. 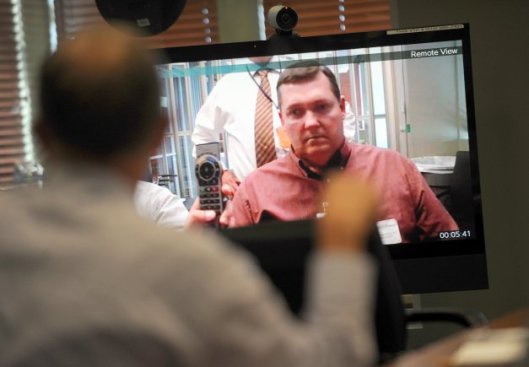 JOINT BASE LEWIS-MCCHORD, Wash., July 29, 2011 — Imagine being a psychologist sitting across from your patient.

Now imagine that patient is actually hundreds of miles away.

The first-ever live Introduction to Telemental Health Delivery Workshop at the National Center for Telehealth and Technology’s, or T2, headquarters on Joint Base Lewis-McChord last week offered guidance to providers on offering mental health services from a distance — in this case, using videoconferencing technology.

“The (Department of Defense) is pushing for this form of care because it’s a way to reach a lot of people who otherwise wouldn’t get care,” T2 clinical health psychologist Dr. Greg Kramer said. 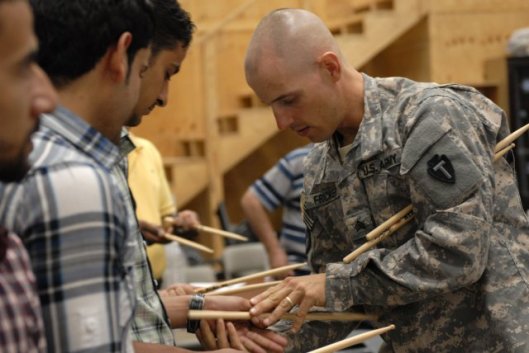 Listen to the Beat of a Different Drummer!

BASRA, Iraq (Army News Service, Aug. 1, 2011) — Soldiers deployed to Iraq often find difficulty in communicating with local nationals without the use of an interpreter. Even so, there are other communication tools that are easily understood worldwide, such as body language, hand gestures and music.

One group of Texas National Guardsmen with the 36th Infantry Division deployed to Contingency Operating Base Basra, Iraq, since December, learned how to break down the language barrier by speaking in the universal language of music.

“We’re having classes for faculty and students from the University of Basrah from the fine arts department there,” said Chief Warrant Officer Two Jeff Lightsey, 36th Inf. Div. band commander. “We’ve had classes our entire deployment here. It’s basically music classes, music enrichment classes, on Western music. They performed for us on their native instruments. But they are seeking information, background and education on Western music and Western history.” 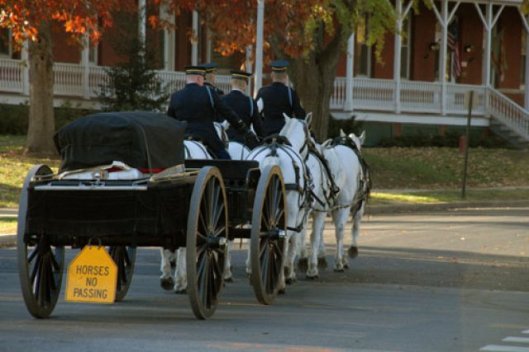 The image is as tragic as it is iconic: A grieving widow or mother sobs and clutches Old Glory like a lifeline while a proud, decorated Soldier in dress blues and white gloves kneels and murmurs condolences “on behalf of a grateful nation.”

Someday those words of gratitude might mean something to her, might make her proud instead of sad. But today, they are a cold comfort. The bereaved could equally be a husband, father, sibling, son or daughter”they are all alike in their devastation, in wondering how life can possibly go on. A loved one is gone, along with their dreams, hopes and plans for the future. 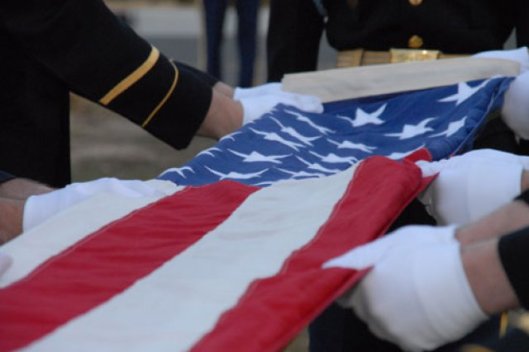 It’s not easy for the Soldiers who conduct the funeral ceremonies either. Handing that flag over is “extraordinarily tough,” said Staff Sgt. Shawn Hall of The Old Guard, who has had the responsibility numerous times, although the task is usually given to a military chaplain or flag officer. It’s also “an absolute, utter honor,” he continued”the very least the nation can do to honor the men and women who gave the last full measure of devotion. 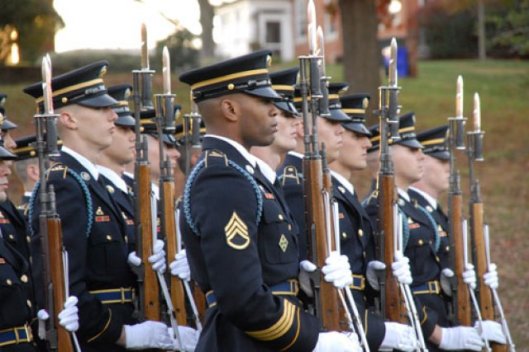 An honorable mission - to honor the fallen

Soldiers from the 3rd Infantry Regiment (The Old Guard’s unit designator), perform as many as six funerals a day at Arlington National Cemetery in Virginia. They serve as casket bearers, like Hall (who most recently was the memorial affairs noncommissioned officer in charge), members of the firing company or the honor guard and horse-riding caisson Soldiers. By the end of a two- or three-year tour in The Old Guard, it’s not uncommon for a Soldier to have performed 100 or more funerals for servicemembers, from veterans of World War II and Korea to young Soldiers killed in action in Iraq and Afghanistan.


A mission of honor 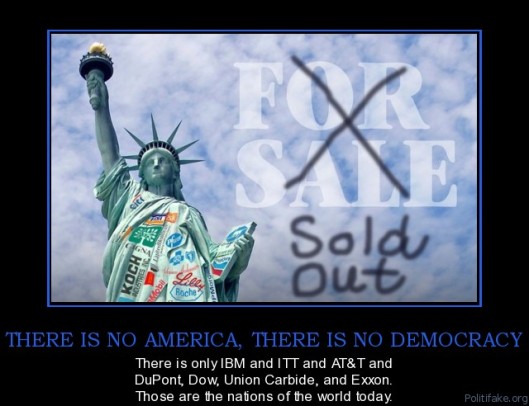 We are proud to announce Contract from America and FreedomWorks are launching our own Tea Party Debt Commission! During the next several months we will be holding grassroots activist hearings around the country and developing a budget that, at a minimum, cuts $9 trillion and balances the budget.

In preparation for those discussions, we are asking for your input. What are your spending cut priorities? What tough choices would you be willing to make? Please click below and help us get started.

Here’s your chance to have a say. If you click the above link, you will be shown a series of options from which to choose only one. If you are unsure about an issue, open a new window and do a search – inform yourself! Together, we can re-make America for our children and grandchildren!

Pray for the Peace of Jerusalem

Have you looked at a map of Israel? Have you noticed they are surrounded on all sides but the sea side by lethal enemies that desire to wipe Israel off the map? Can you imagine living like that day after day, year after year?

(“Yahveh (Adonai) bless you and keep you. Yahveh make His face to shine upon you & be gracious unto you. Yahveh lift up His face upon you & give you peace”.) Num. 6:22-26 (Aaronic Blessing)