Have you heard a child echo some unsavory word you recently spoke? Or witnessed a child mirror a thoughtless act?

I worked with small people for many years, and I am all too familiar with the attitudes and words they say. These little ones repeat what they hear! Little eyes are always watching and little ears are always listening. When they misbehave, they are mimicking behavior they have seen … someplace!

Each of us (parent, grandparent, aunt, uncle, teacher, friend) influences the life of a child(ren) in ways we never realize and seldom consider. In fact, there is nothing that any one of us says or does that does not influence at least one other person. Nothing! Not those under-your-breath murmurs. Not the silently mouthed curses. Not the slamming of a door or the throwing of a dish. These acts are not for our benefit, but for the benefit of someone else. To make them feel guilty, or embarrassed, or ashamed … something.

Think about this is regards to some of the major news events of the past weeks. If a Royal Wedding was important to you, who now knows that? What was your response to the Wedding? Why?

What about the killing of Osama Bin Laden or an election? How did that affect you? What are the effects of his death as you perceive them? How has your response affected your children or loved ones? Do your children understand what an Election is? 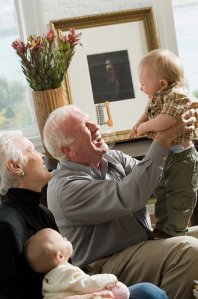 Responsibility is one of those character issues that has, in many respects, gone by the wayside. I was a child in the 50’s and 60’s. When I was younger (than I am now,) children did not dare talk back to their parents. If they did, they knew they’d pay a stiff price. Either sitting down would be very uncomfortable for a few days, or the taste of soap would fill our senses for some time. School discipline came into play for chewing gum or being late for class. A wild night out as a teen meant hanging out in a McD’s parking lot sneaking a cigarette!

A myriad of events of the 60’s changed everything, and not for the better. The failures I see in today’s society are a result of these history-changing events. Studies note some of these changes, but not all of them made the news. The shadows of rebellion of the 60’s fill novels and dramas, yet until prayer or quiet times “suddenly” disappeared from schools, and abortions were”suddenly” legalized, the changes were so gradual that no one really noticed. The View Nam War and the subsequent protests gave young people, in particular, but everyone, really, an excuse to disregard their elders and “the Establishment.” “Free Love” justified the anger about the war and breakdown of the family. Sex became a form of self-expression, and often perverted. And on and on. Bit by bit, the “establishment” was dethroned, dis-empowered, and disassembled. Problem is, nothing replaced it but emptiness. No moral code. No boundaries. No goals. Just, “if it feels good, do it!”

Now, we are left with a generation that is lost. Amidst the international turmoil, individuals search for meaning, for purpose, for direction. Social structure stripped away years ago left today’s generations without boundaries. Without a moral code of some sort, there is no direction, no pathway, and no goals. Too many people care about nothing but themselves. Could this be a reflection of the “ME Generation” come to fruition?

Too many parents have children today only to put them into state or private facilities as early as 3 weeks of age. These children go in the morning, are picked up in the evening, taken home, fed, and put to bed. No family interaction time, little or no parental influence. I understand the conundrum. Two incomes are necessary to maintain life in today’s economy, but at what expense? 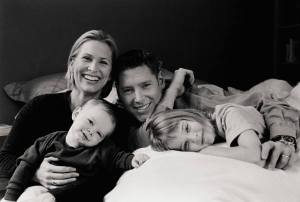 Our children, American children, need their parents’ love, support, guidance, and instruction. They need to be nurtured and trained to prepare for life as an adult, and that job is much bigger than schooling. Though our morality may differ from one to another, something is better than nothing! Parents are responsible for the children they produce. Someone needs to teach Fathers and Mothers that being a parent means more than the biological act. The schools can’t do it. For some reason, most churches aren’t doing it well. It’s up to parents, as it should be, to build into our children some kind of moral compass to guide them through life.

How do you influence the children in your life? They’re watching!

“The only foundation of a free Constitution, is pure virtue, and if this cannot be inspired into our people, in a greater measure than they have it now, they may change their rulers, and the forms of government, but they will not obtain a lasting liberty.” –John Adams, letter to Zabdiel Adams, 1776